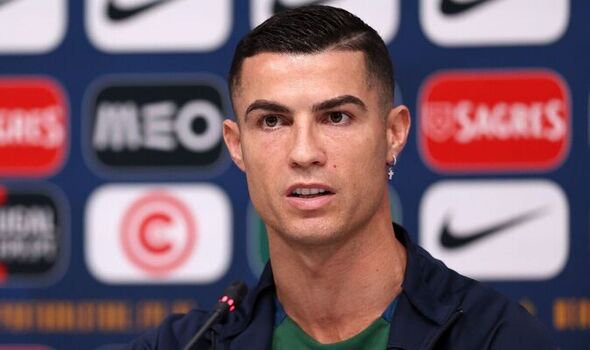 Cristiano Ronaldo’s latest tell-all interview with Piers Morgan suggests that he has no future at Manchester United.

According to rumours, Real Madrid decided not to re-sign Cristiano Ronaldo from Manchester United during the January transfer window. Ronaldo is currently looking for a new team after tearing up his relationship with United by participating in a candid interview with Piers Morgan earlier this month. In the interview, the 37-year-old made it abundantly clear that he is unhappy at Old Trafford and that he may leave in January or even before the transfer market reopens.

Erik ten Hag is claimed to no longer want Ronaldo near the first-team squad as a result of his public act of disobedience, and United are reportedly trying to rip up the player’s contract as soon as possible.

Over the past several weeks, a romantic return to Real Madrid has been suggested as one of the possibilities for Ronaldo, but it appears as though he will not be going back to the Spanish powerhouses, regardless of whether he would prefer to do so in January.

According to Marca, those in charge at the Bernabeu have firmly disqualified themselves from competing to sign Ronaldo before the new year.

It is yet unknown whether his decision to talk about his time at United has prevented Real Madrid from signing him, but it is certain that he will have to look at his other possibilities if he wants to find a new team in the near future.

According to the report, United has already begun screening potential targets for the January transfer window, with Napoli center-back Kim Min-jae among the players they are keeping an eye on. However, the South Korean international has also been linked to Tottenham, Brighton, and Fulham, suggesting that if United wants to sign him for next year, they may have to engage in a bidding battle.

Meanwhile, Ronaldo continues to have doubts about his club’s future as he looks to leave United as soon as possible after clashing with Ten Hag and the larger Old Trafford hierarchy.

It has been suggested that Ronaldo would move to the MLS recently, but it is unclear whether he would be willing to do so if he still desires to play Champions League football, as he did when he attempted to leave Manchester United in the summer.

Hot Post:  EPL: Tyrone Mings and Cristiano Ronaldo had to be separated after a fight in the middle of the game

After his contentious interview, the five-time Ballon d’Or winner received harsh criticism from both supporters and commentators. Gary Neville insisted that Ronaldo must leave United and begin over elsewhere in order to move forward.

When asked about the current circumstances, Neville responded to Sky Sports, “I don’t think he wants a route back.” “If he wanted a way out, he wouldn’t have agreed to this interview. He was aware that it would make headlines and mark the end of his Manchester United playing days.

“I’m curious as to what Manchester United is doing given that they are aware that they must terminate Cristiano’s contract or risk setting a precedent that will allow any player to criticize them.