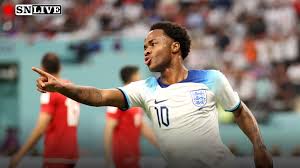 The Blues pair stood out in Monday’s resounding 6-2 World Cup victory over Iran for England.

At the Khalifa International Stadium on Monday, England easily defeated Iran 6-2 to kick off their 2022 World Cup run. It is England’s biggest tournament victory to date.

As Mount and Sterling were placed on the left of a 4-3-3 formation, which gave England a more attacking outlook against an Iran team that sought to sit deep and stifle the Three Lions, two of the three Chelsea players chosen for England started.

After helping Saka score his second goal after the break, Sterling scored the third goal to cap off an impressive first half.

Hot Post:  EPL: Marc Cucurella and Potter to reconnect with their old team during Chelsea's match against Brighton.

While playing as an eight in a midfield three with Declan Rice and Bellingham, Mount did not register a goal, but his overall stats from the game were still favorable.

The overwhelming performance was started by Bellingham’s 35th-minute goal, which was assisted by the Chelsea duo.

The last English Chelsea player to score in the World Cup was Joe Cole in 2006, when he scored an incredible volley against Sweden, ending a 16-year drought. Conor Gallagher, the second Blues player traveling to Qatar, was a Southgate replacement.

Since moving from Manchester City to Chelsea in July, Sterling has rarely played the left wing, where he played and looked consistently effective.

At the Al Bayt Stadium, England will play the United States in their second game on Friday night.