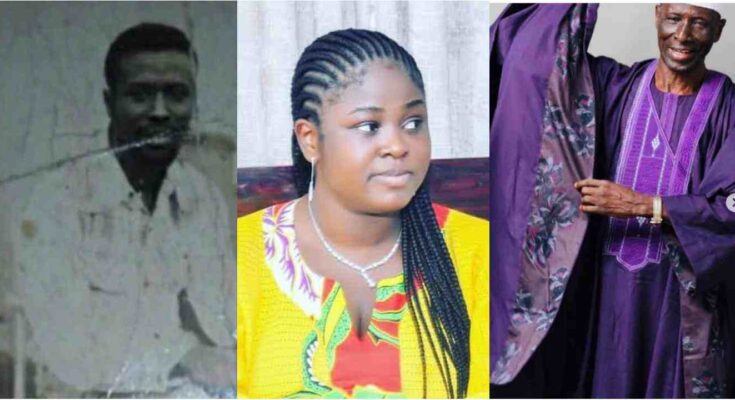 As her father celebrated his new age today, famed Nollywood actress Bukola Awoyemi, also known as Bukola Arugba, dubbed him the “greatest parent in the world.”

The stunning actress, who was honouring her “precious” father, expressed her love for him and asked her followers to pray for him as they joined her in the celebrations. She also stated that her father is the best father in the entire world. She also shared some gorgeous images of the celebrant, including an old photo of him.

Hot Post:  "Am not a Pr#stitute, Am just doing all this On instagram To survive, They’ve Use This against me alot” – MandyK*ss Open Up on her Struggle

But many of her followers joined her in wishing her father a happy birthday and sending their best wishes for a long life and continued health.

Bukola Arugba is a stunning, award-winning screen diva who has been in numerous films over the years and is well known for her excellent playing abilities. The 33-year-old mother of two has only her father left as a living parent; she lost her mother roughly three years ago.

Hot Post:  Why it's always good to be under a woman - Actress Liz Da Silva Reveal.

Gossipinfo Recalled That After earlier parting ways due to a marital conflict, actors Damola Olatunji and Bukola Arugba have reunited for a family holiday, igniting the joy of their fans.

It was claimed earlier last year that Damola Olatunji, a Nollywood actor, was having problems with his marriage because of his constant sex for parts featuring young females.

Hot Post:  “See As Her P#ssy Fresh” – Reactions as Tiwa Savage shows off her P#nt Publicly(Video)

In fact, the couple not only unfollowed one other but also disparaged one another.

Bukola Awoyemi, an actress and mother of twins, made fun of her husband Damola Olatunji in a tribute she gave to the veteran Olu Jacobs at his recent 80th birthday celebration a few weeks ago.