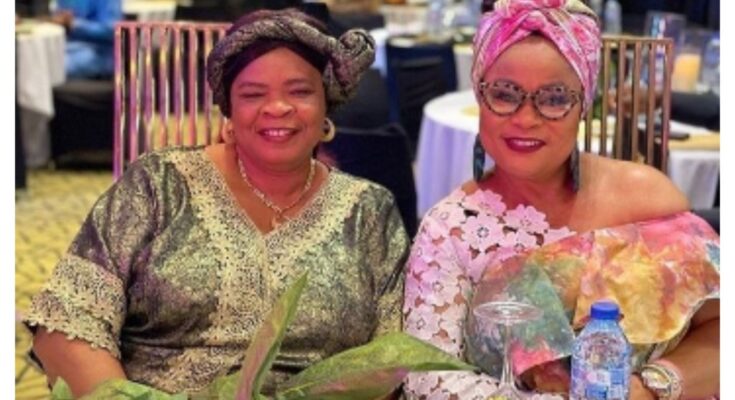 The newest photographs of veteran actress Peju Ogunmola have garnered admiration from her younger coworkers.

The seasoned Yoruba performer stunned her followers with a stunning picture of herself and celebrated performer Sola Sobowale.

While Wumi Toriola hailed their meeting as a legendary move, Faithia Williams described them as her mentors.

Bukunmi Oluwasina revealed how she was honored to be paired with Sola Sobowale for a movie by sharing various images of herself and the iconic King of Boys movie star.

When Bukunmi Oluwasina posted the pictures on Instagram, she stated that Sola Sobowale was in charge of looking out for her needs and explained how she had taken care of the girl herself.

She wrote: I can’t wait for y’all to see this magic. Oloun I had to come all the way for this cos i fell wholeheartedly in love with this script. Plus @solasobowale Is such a mother. Too sweet and caring. She’s actually taking care of me on set, She Personally and single-handedly did my makeup for me. It such a great honour working with you again ma. And I always have different new things to learn from her everytime. Oba is a Legend and more. solasobowale

Hot Post:  All you need to know about Kudirat Soremi Biography – Age, Career and Children of Mama No Network.