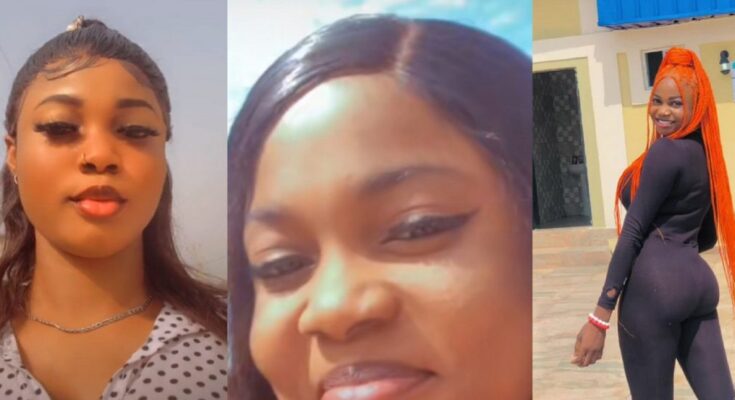 A young woman who acknowledged her past as a hermaphrodite said she now regrets her conduct.

She claimed that she regretted having removed her male half and that she misses having both male and female private parts.

“I miss being an hermaphrodite. I regret getting rid of one. How do I even cope with this new life. This girl stuff is not for me.”

The post brought about so many reactions, some of which read:

Hot Post:  4 Nollywood Stars And Their best Friends In The movie Industry (Photos)

@The Messenger: “Happiness is within, you weren’t happy then and you’re not happy now”.

@Bruda Brow: “the New you is so gorgeous though embrace it ”

@Jihad Fard Bilal-Bey: “you will get thru it just remember you are still you”

Gossipinfo news recall that Doyin, a well-known show adviser and evicted Big Brother Naija Season 7 reality star, has disclosed to the world who she is supporting for.

The reality said this in an interview. She was asked who she’s gonna be rooting for by the interviewer she answered by saying.

Doyin said and I quote;

Hot Post:  See the face of the lady that was [email protected] to de*th by muslims for ins*lting Prophet Mohammad

I’ve always wanted a woman to win the show. I’m rooting for Phyna to win because she is phenomenal, authentic and interesting to watch.

So she deserves to win the money.