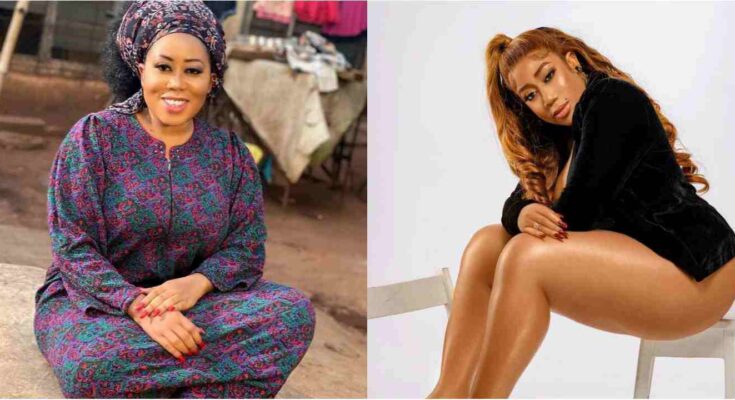 The majority of us are fairly familiar with Moyo Lawal; she is a seasoned Nollywood actress who first gained notoriety a few years ago and has been succeeding ever since.

Moyo is a fantastic example of a celebrity who is a fashionista and uses her own personal style as an example for other women. Moyo just posted fresh photos of herself on Instagram, showcasing her flawless skin and a brand-new dress.

Moyo Lawal states that many people have been taunting her to post something similar to this lovely picture and that she already has a lot of things to say about it. She has a lot to say about this recently shared picture.

She is without a doubt one of the most stunning Nollywood actresses who has maintained her youthful appearance through the years.

Gossipinfo Recalled That A well-known brand ambassador, producer, director, and actor in Nollywood is Moyo Lawal, commonly known as “Moyo Baby.” However, Moyo Lawal has posted seductive photos of herself wearing stunning outfits on her official Instagram profile, making her appear lovely and gorgeous. Moyo Lawal is currently on vacation. She displayed the photos shot next to the pool. She is very talented and stunning.