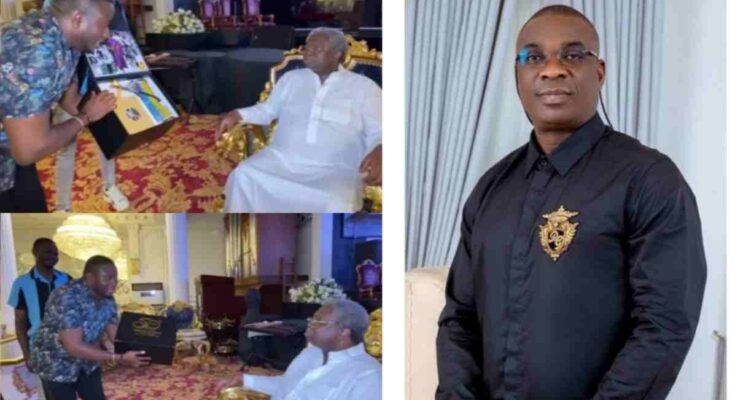 Preparations are in top gear for Legendary Fuji singer King Wasiu Ayinde Marshall, popularly known as KWAM1, as he sets to shutdown Lagos this weekend.

The city of Lagos would be at a standstill as the Mayegun of Lagos, as he is fondly called, marks his 50 years on stage.

Nollywood stars, fans and lovers of the legendary singer have been endorsing and promoting the event.

From Kolawole Ajeyemi, Ayo Olaiya, Esther Kale and many other Nollywood stars, there’s no doubt this event will be talked about for months.

Nigerian billionaire Sir Olu Okeowo, one of the silent billionaires in Nigeria, has shown support for him.

The billionaire has endorsed the singer’s stage concert.

In a video uploaded by Goldmyne TV, Olu Okeowo was seen praying for the singer as he vowed to be at his concert.

Hot Post:  “My marriage to Emmanuella Ropo will last a lifetime” Kwam 1 respond to Bolaji Basia after saying she won’t be his last wife

The event is slated for August 19 at Oriental Hotel.

Trust Gossipinfo news to bring you details, red carpet photos and lots more from the concert.