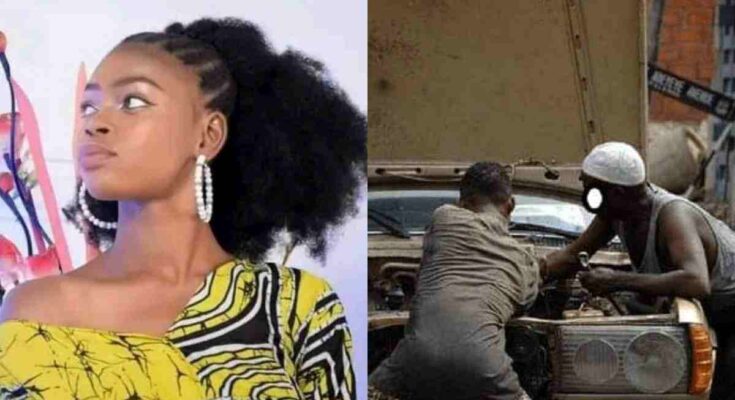 In a story that is now trending online, Courage Okeola, a Nigerian woman, posted her sympathetic feelings on social media about her parents’ rejection to let her marry the man she desires.

She also disclosed that her parents had advised her to leave the child she was seeing a mechanic and go back home because he wasn’t wealthy or had a nice job, but she wanted to stay with him due to their shared love for one another. She added that her baby daddy’s family had planned to wed her for their son but that her parents had turned down their invitation.

Hot Post:  BBNAIJA: How being a Strippers Girl Saved My Life – Chichi Reveal

Okeola expressed concern that her parents’ actions might cause her to lose the man she loves, something she did not want to happen. She then begged users of social media for suggestions on how to handle the circumstance. She wrote in her words;

and he is not rich as they want and now my mans family want to marry me officially but my parent would not give dere consent and am scared i might lose him and i love him pls what should i do”.