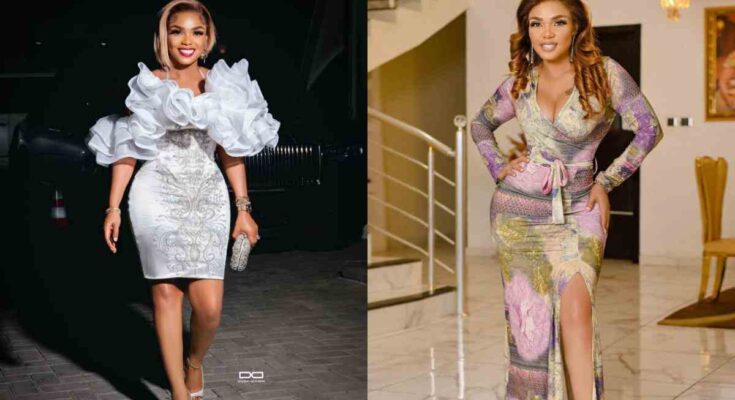 Nollywood actress Iyabo Ojo has cursed trolls who post hurtful comments on her Instagram page and accounts she believes to be fake.

The divorced mother of two also challenged the trolls to confront her physically if they had the balls to do so.

“I never knew there were so many cowards on this earth until social media was invented & fake accounts emerged. You’re a coward, yes you!!! a weakling & until you have the balls to face me in person lol I will forever be your worst nightmare I keep hiding in the closest troller where you belong while my success & happiness suffocate you forever.. Awon. Alaye baje…. Jobless numbskull,” she wrote angrily on Tuesday.

Hot Post:  “When the Month of RAMADAN Arrives, the doors of MERCY are opened” — Actress Adebimpe Says As Ramadan Start

Iyabo Ojo had earlier cleared the air on the misconception of being romantically involved with a married Igbo man.

This comes after IyaboOjo hinted that she’s in a new relationship.

She stated that she has finally been captured by an Igbo man.

“Thanks, Obim for loving me so much & lifting my spirit…. Chai this Yoruba girl’s heart had finally been captured by an Igbo man,” she wrote.

Hot Post:  "I'm too beautiful to be stress" – Iyabo Ojo Stir Reaction With Her Beauty