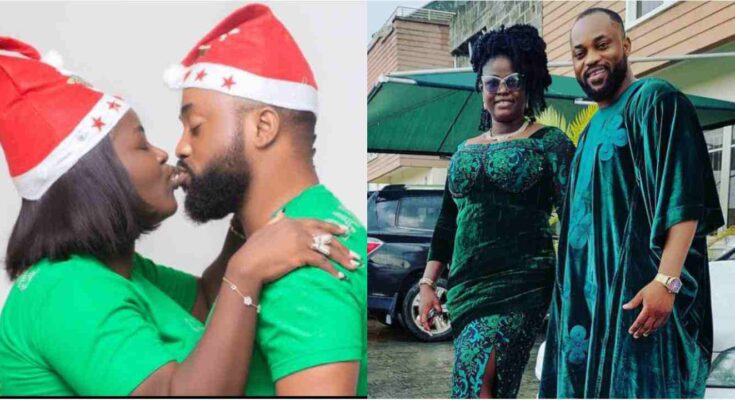 Ever since her stellar performance in the movie, ‘Arugba,’ directed by legendary film maker, Tunde Kilani, ten years ago, actress Bukky Awoyemi, popularly known as Bukky Arugba, remained Nigerians’ sweetheart on the silver screen until 2014 when she encountered her first scandal as an actress.

It was reported that Bukky snatched her actor husband, Damola Olatunji, from another woman.

But in an exclusive chat with Saturday Beats, the mother of twins said that it was the most challenging time of her life.

“People do not know the true story of an event but they just conclude and pass judgment. It was not easy for me back then because it was my most challenging moment in life. I am a very quiet person and it was a very gloomy period of my life but I thank God it is over. It was just the grace of God that kept me through that period and I would not want to comment further on that issue,” she said.

Hot Post:  Never in your life should you refer to me as Yeyebrity – Muyiwa Ademola clamps down on a fans

The actress, who has since found her groove and is once again gracing the big screen, described how her husband acts when another man kisses her on set to Saturday Beats. “I am a professional, so I don’t feel any way,” she remarked when she saw him kiss another lady. However, she added, “As for myself, I really don’t like doing things like that in a movie. My husband, though, is critical of me when I don’t do it well. He would advise me to “make it real” in his words. If I don’t do it well, he would remark, it won’t be authentic enough.

Hot Post:  'I don’t want to be a Nigerian anymore’ BBNaija’s Erica expresses her frustration

“Whenever my spouse is working on a project, he always reveals it to me first so I can thoroughly and objectively analyze it. I always give my honest assessment regarding his job because no one else could tell him the truth the way I would. He is aware that I am impartial.

Bukky went on to discuss how she was able to control the throngs of female fans who were drawn to her husband because of his acting talent.

“We both don’t get jealous when we are with our fans or admirers because it is something we had been experiencing even before we got married.  Of course they would not take him home after they are done talking with him or taking pictures with him,” she said.