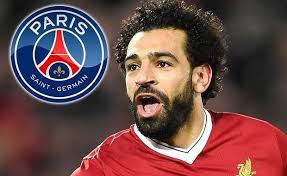 After his Egypt team lost their final qualifier against Senegal, Domenech, who led France as their coach from 2004 to 2010, said it was regrettable that the Liverpool winger will not be attending the World Cup.

Salah participated in his nation’s victory over Belgium in a Friday friendly, but he will now go to Dubai with the rest of his Reds teammates and Jurgen Klopp to compete in the Dubai Super Cup against Lyon and AC Milan.

Salah, 30, is at the same ‘world class’ level as Messi and Mbappe of PSG, according to Domenech, who expressed his desire for the Egyptian to join the French giants while Salah was in Dubai earlier this week to accept the Globe Soccer Awards’ Fans’ Player of the Year award.

Domenech told MBC Masr, “If we talk about Mohamed Salah, I can only say he is world-class. “Salah completely deserves every prize he received.

Hot Post:  The Glazers, who own Manchester United specify their asking price for the team - Report

It is regrettable that he won’t take part in the World Cup in 2022.

He should play for Paris Saint-Germain, in my opinion. An individual with this mindset is a significant asset to the team and drives them forward.

He is at a level that only Lionel Messi and Kylian Mbappe have attained, symbolizes everything a coach wants in a player, and will make a significant contribution to French football.