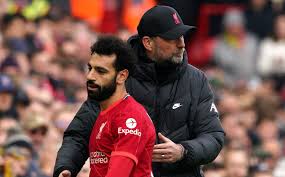 Liverpool finished strong before the World Cup break by defeating Southampton on Saturday with a fairly easy victory.

The Reds outperformed the Saints 3-1 in the first half thanks to goals from Darwin Nunez and Roberto Firmino. As a result, Jurgen Klopp’s team has now won four straight games for the first time this year.

But over the 90 minutes at Anfield, there was a lot that went unreported or unnoticed.

Liverpool ended up dominating the proceedings before the interval, but they made it fairly difficult for themselves in the second half as they clearly let off the gas.

However, things may have gone a bit more smoothly if Mohamed Salah had been given a penalty after Armel Bella-Kotchap looked to pull him back in the vicinity shortly after the hour.

Virgil van Dijk exchanged heated words with the referee, leaving Salah seething at anybody who would listen. However, whistleblower Simon Hooper and his VAR pals had none of it.

It took a second look to confirm that it was Alisson Becker warming up with his teammates before the game because of his freshly-shaven face.

Hot Post:  How Chelsea might line up against Arsenal as Mendy is expected to take Kepa's place

But with a second-half performance in which three stops made sure Liverpool could finish the game, it was impossible to mistake the goalie.

After the final whistle, the home fans gave him a rousing welcome as he made his way back to the Anfield Road end, and the rest of the stadium soon started singing his name in appreciation for his efforts.

Jurgen Klopp was not present on the Liverpool sidelines on Saturday, as he was serving a one-match suspension after receiving a red card against Manchester City last month.

Instead, Klopp was chatting with Vitor Matos on the bench while watching the game from above in the Main Stand, in front of a hospitality area.

Hot Post:  I really hope Mohamed Salah is on the verge of blowing up for Liverpool - Jurgen Klopp

After Firmino’s opening, he was seen smiling and sipping on a hot beverage thanks to the increased comfort. If it pleases Carlo Ancelotti, that is.

It is referred to as the “enemy of football” by Jurgen Klopp. And on Saturday, the dreaded Anfield wind caused problems for spectators.

Regular spectators will be familiar with the large banner that passes through the Kop and occasionally the Sir Kenny Dalglish Stand prior to kickoff. But as a strong breeze came underneath the flag and threatened to blow it out of control, the supporters almost lost control of that voyage.

Fortunately, it wasn’t misplaced thanks to some capable hands. Has an errant banner ever caused a kickoff to be postponed? 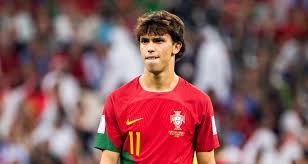 Portugal star Joao Felix addresses his future amid rumors of a transfer to Aston Villa. 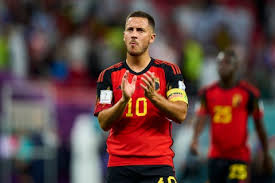