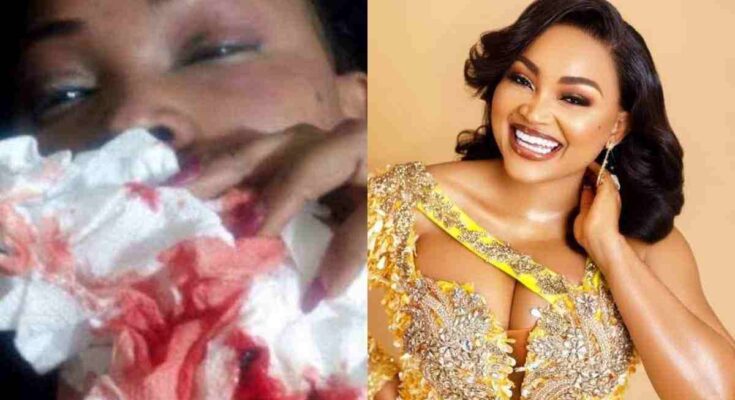 Today, acting and being a movie star are viewed as glamorous and prestigious things, but this wasn’t always the case. For a variety of reasons, many parents still today don’t want their kids to work in the film industry. Some people think the sector is dishonest and will “spoil” their children, while others think there is no money in it. There are a variety of different reasons why some individuals don’t want their kids to pursue acting, and Mercy Aigbe’s father shared this viewpoint.

Now, during a new conversation with the people at the Edo State International Film Festival, Mercy opened up about her journey into the movie industry, her father’s pushback against it, and how she ultimately overcame. Here’s what Mercy Aigbe said.

Before you become a champion, you must have fought many wars. It’s not easy sustaining one’s achievements. That’s what many people don’t understand. This is a young lady who had a passion for acting from childhood. From the outset, I have always known what I wanted in life. But when I gained admission into the university, my late father, being a typical Benin man, wanted me to study Accountancy. But I told him that I wanted to study Theatre Arts, and he frowned at my choice. He believed that actresses are promiscuous in nature. He vowed that none of his daughters would have anything to do with the course. So, I had no choice than to respect my father’s wish and went on to study Accountancy at Ordinary Diploma level at Ibadan Polytechnic.

After my OND programme, I couldn’t go back for my Higher National Diploma programme. Instead, I sat for JAMB and gained admission to study Theatre Arts at the University of Lagos. When my JAMB result was released, I couldn’t summon the courage to break the news to my father. But when I finally did, he objected to it, insisting that I must continue with my Accountancy programme. According to him, he wanted me to work in the bank. He reminded me that my younger sister was studying Medicine in the university and therefore, I must have nothing to do with Theater Arts. At that point, I pleaded with my uncles to talk to him. But being a traditional Benin man, I had to spill the blood of many goats to make him happy.

Hot Post:  "Predict what kind of food I ate with my love" Actor Lateef Adedimeji Says As He Share Video With Mobimpe (Video)

At last, he gave me his blessings and after graduation, I encountered another obstacle when I wanted to join the movie industry. Then, we would storm the National Theatre complex in our numbers scouting for non-existing movie roles under the rain or sun. At a point, I thought acting wasn’t my calling, I therefore found myself in the banking hall. My father was very happy, as he kept telling me that acting cannot put food on my table. He advised me to see acting as a hobby, not as a profession.

Despite my lucrative banking job, I wasn’t fulfilled. One day, I made up my mind to quit my job in order to chase my dream, though I wasn’t sure I was going to make it in the movie industry. But I had to quit my job to chase my dream. There must be a time you learn to take a bold step to achieve your dream and aspiration in life. I started all over again, storming the National Theatre complex in search of auditions. But when it looked like I wasn’t going to break into the English genre of the movie industry, I crossed over to the Yoruba industry.

Hot Post:  In the midst of death rumors, Olu Jacobs enjoys a bowl of eba and Ogbonna stew.

I could understand and speak a bit of Yoruba language. But the truth is that I learnt on the job, that’s what many people don’t know. I was virtually worshipping Yoruba producers to the point that they would be patient with me whenever I wasn’t delivering my lines in Yoruba very well. I didn’t want my father to be disappointed in me. That was my driving force. We are where we are because of hard work and perseverance.