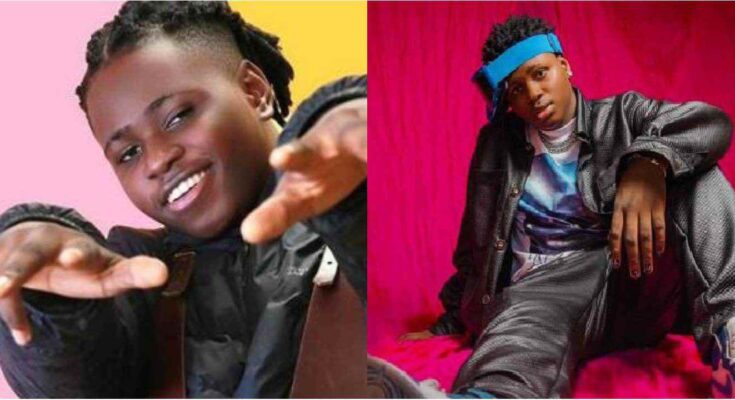 Agada Blessed Obotu, better known by his stage name Berri Tiga, is a well-known Nigerian singer and songwriter. He was born in Benue State, Nigeria, on October 10, 2000. In the southern region of Central Nigeria’s Benue State, Berri is an ethnic Idoma.

By creating cover versions of well-known songs and posting them on his social media accounts in 2016, Berri Tiga launched his music career. In 2021, he signed a record deal with Big Brother Management Record Label as a result.

Hot Post:  Have You Ever Seen A Rainbow Before — Actress Moyo Lawal Says As She Stuns In A Rainbow Outfit.

However, Berri rose to fame following the publication of his popular song “Machala” with comedian Carter Efe, and ever since then, his life has taken a completely different turn. Several music charts were topped by The Song (Machala).

even the Apple Music Chart, but sadly the song was eventually taken off from the streaming service. The Fast Rising singer is currently working on the hot new song “God,” and he is not in any immediate danger of slowing down.

Agada Blessed Obotu, better known by his stage name Berri-Tiga, began his musical career in 2016 but only became a professional musician in 2021 after enrolling in French Village International College in Badagry.

The budding celebrity claims that his surrounds and mood serve as sources of inspiration.

By declaring, “I would love to collaborate with the likes of Wizkid, Burna Boy, Kizz Daniel, Davido, Dbanj, Rema and few other musicians because I grew up listening to them,” Berri-Tiga also made clear his goal to include prominent acts on the Nigerian music industry.

Hot Post:  “I Thank God for Blessing me with My Soulmate and Friend- Foluke Daramola pray for her Husband (Photos)

The lone guest performer at D’Banj’s 42nd birthday celebration in June 2022 was Berri-Tiga.