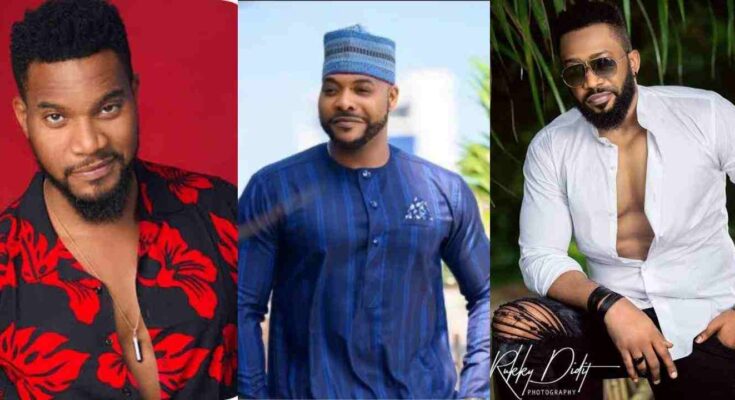 Nigerian actor Kunle Remi is well recognized for his appearances in the film Falling.

He rose to fame after taking first place in the seventh Guilder Ultimate Search Gulder in 2010. He is a New York Academy New graduate. He is a really great actor, and I have appeared in several of his films.

Hot Post:  ‘If it’s Pasuma, he will prostrate on the floor’ Fans drags Saheed Osupa for greeting KWAM1 while bending slightly at an event

Ayoola Ayolola became famous when he won the MTN project Fame in 2012.He also feature in Skinny girl in Transit. Ayoola is a talented actor.

Frederick Leonard is one of the Nigerian leading actor and he has carved a niche for himself.He is not only talented but also one of the most Handsome actor in the Nollywood movie industry

Hot Post:  Actor Bolanle Ninalowo’s wife, Bunmi promised him of her unending love and prayers, for gifting her a new mansion

Ninalowo Bolanle is a popular Nigerian actor and he is super talented. Ninalowo has feature in both English and Yoruba Nollywood movies