Tolani, a sonorous vocalist from Nigeria and the daughter of billionaire Femi Otedola, wished her younger sister Florence Otedola, better known as DJ Cuppy, a happy birthday in the sweetest possible way.

The Oxford graduate wrote that she was proud of all of her accomplishments at her new age in a birthday post on her Instagram story.

The businesswoman said she was looking forward to the delight her 30s will offer.

In addition, she said she had no plans for a “silly lavish cuppy party” on her birthday.

Hot Post:  “How can a grown man with armpit hair be calling me ‘mummy’? Very irritating” – BBNaija star, Uriel Oputa cried out

DJ Cuppy wrote, “Yes, Lord, you did it again. You gave me another year. Happy 30th Birthday to me!

“Earlier this year, I decided that I wouldn’t do some silly lavish cuppy party but instead enter my new age in prayer and surrounded by family only.

“For once, I’m going to clap for myself and say- I am so proud of all I’ve accomplished and SO EXCITED for the JOY my 30s will bring. Happy birthday, incredible Cuppy, ME!”

On her part, Tolani via her birthday message to Cuppy noted that despite their differences, they still agree in certain areas of their lives.Sharing their throwback photos as young girls, Tolani Otedola, “Custer!! @cuppymusic This is 30!! Can you believe it?!! Cause I can’t. Happy Birthday my darling sister.. It’s an unsolved puzzle both privately and publicly how completely different we are.. “like chalk & cheese” the saying goes. But you know what, I can think of some examples of things that are completely different, but still go together.. strawberries & cream, peanut butter & jam, French fries & ice cream, and my personal fave beans & dodo. You are truly special Ife, and my prayer for you on this landmark birthday is that God grants you the deepest desires of your heart. And that you find love, peace & happiness. Love you plenty babycakes.. Happy Birthday.”

DJ Cuppy is celebrating her 30th birthday with her family members on the Christina O luxury yacht.

Her billionaire father, Femi Otedola, had rented the ship for three weeks to celebrate his 60th birthday on November 4.

In September, DJ Cuppy graduated from Oxford University after a Master’s programme in African Studies.

She owns a jewelry brand, Cuppy Cutz, and is a radio presenter at BBC 1extra. 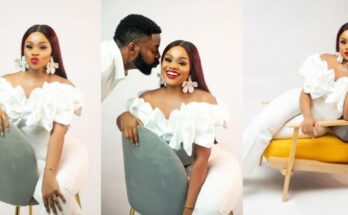 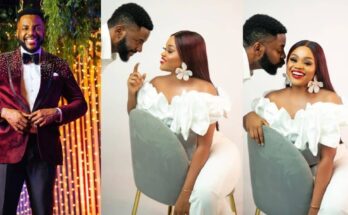 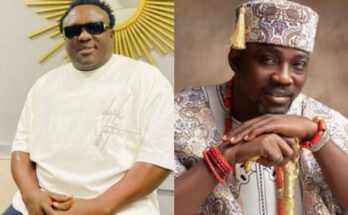