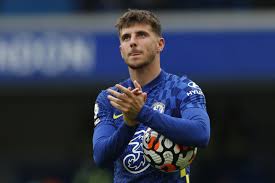 Mason Mount and the Blues agreed to put off contract negotiations until after the World Cup, but Mount has still not reached an agreement.

Mason Mount, a standout for Chelsea, has addressed rumors over his future at Stamford Bridge as contract negotiations stagnate.

The 23-year-old was selected for Gareth Southgate’s 26-man World Cup roster and will play for England in Qatar. Both Mount and the Blues are confident that a deal can be reached, so they have agreed to put off contract extension talks until Mount gets back to Cobham.

Despite recent suggestions that Liverpool and Juventus are keeping an eye on Mount’s status as his current contract reaches its final 18 months, Chelsea remain hopeful that he will sign a new one with the team.

With the futures of N’Golo Kante and Jorginho still up in the air and players like Frenkie de Jong and Jude Bellingham being linked to moves to west London, Todd Boehly plans to upgrade Graham Potter’s midfield options in the upcoming transfer windows.

According to the Evening Standard, Mount has vowed that he won’t let the uncertainty around his future deter him from competing for a spot in the England side as he faces Phil Foden and James Maddison for their World Cup opener. “I have always been so focused on my football since I was at the academy,” the 23-year-old added.

“I am aware that the media is now focusing much more on me, but I do not give it much thought. I suppress it.

recognizes that the length of the new contract being offered is one of the primary reasons why discussions linger on. According to reports, Mount, 23, already turned down a new seven-year contract because he wanted a greater base pay to reflect his value to the squad.

The Chelsea star is obviously completely concentrated on the task at hand in Qatar, and he wants to establish himself as one of the major England camp leaders. We are a highly cohesive group, and everyone is aware of their responsibilities, said Mount.

Hot Post:  Chelsea star Edouard Mendy is "evaluating his future and may depart in a transfer window" after losing the No. 1 slot

“In the big games, there are also leaders that step up, and as a player, it is always something I want to do and be. I want to take the initiative and contribute significantly. However, this competition unites us all. Be good with the boys whether you start or don’t start if you want to come on and make an effect.

The Three Lions’ World Cup campaign gets underway against Iran on November 21 in a group-stage match. Because James Maddison’s injury persists and because Southgate has faith in the Blues star, Mount is likely to start the opening match of the tournament.