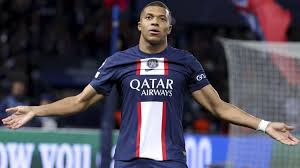 According to a new study, Kylian Mbappe of Paris Saint-Germain has lost his title as the most valued football player in the world.

Having won the World Cup and four Ligue 1 championships, the 23-year-old is regarded as one of the top players in the world.

On Transfermarkt, Mbappe is presently valued at £140 million. But to get him out of the Parc des Prices anytime soon would probably cost more than that.

Because of one man’s outstanding start to the season in particular, he has fallen down the pecking order.

Erling Haaland, a striker for Manchester City, has a staggering 23 goals in all competitions and scored the game-winning goal against Fulham on Saturday after coming back from injury.

The international player from Norway, who only cost City £53 million in the summer, is now worth an astounding £148 million. That is currently £8 million more than Mbappe. These two seem meant to continue their relationship indefinitely.

Mbappe has made a fantastic start to the season on his own. The forward has scored 18 goals in 19 games to help PSG maintain its unbeaten record, despite rumors that he is prepared to quit the club as early as this January.

Haaland, meanwhile, is on pace to break several Premier League records. He has already equaled Cristiano Ronaldo’s goal total from the previous campaign. Remember that even though it’s November, Ronaldo finished the season as the third-highest goalscorer in the Premier League.

After a recent foot injury and sickness, the 22-year-old is still not fully recovered. Wednesday’s Carabao Cup match between City and Chelsea will see them return to action, but boss Pep Guardiola is keeping mum over the participation of his star striker.

Hot Post:  As a result of Todd Boehly's transfer message, Mason Mount may not fulfill his contract with Chelsea - Report

In his pre-game press conference, the Spaniard admitted that “He’s not flawless still.” “We’ll check on him tomorrow and next Saturday, but he is improving.

“The fact that the bone is intact and undamaged is what matters. The only thing that is somewhat affected are the ligaments.