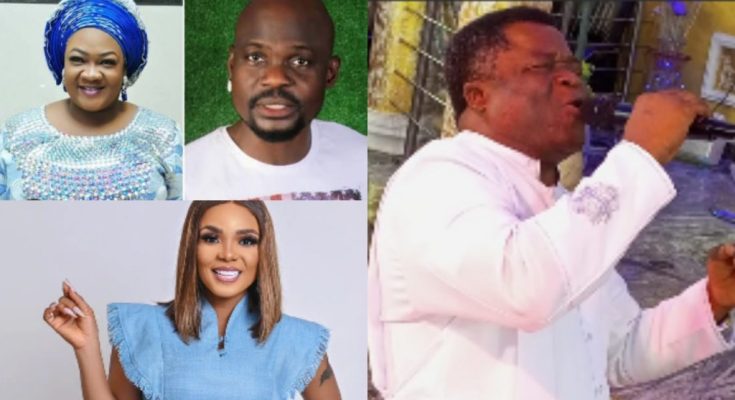 In a recent interview, Prophet Segun Adebayo foretold that Iyabo Ojo and comedian Princess would suffer due of the Baba Ijesha controversy because they were concealing some facts.

Gossipinfo news recall that the popular Nollywood actress, producer, director, social media influencer, brand ambassador, and content creator, Damilola Adekoya, popularly known as Princess has caused reactions on social media after sharing a new video online. In the video, She gave thank to God as she won her case against Babaijsha.

Hot Post:  ‘I'm Not Always Myself Anytime I See You, Please Be My Third Wife' Oba Solomon Beg Iyabo Ojo To Marry Him

However, Today, Actress, Princess won her case against her male colleague, Olanrewaju James, aka Baba Ijesha. Some months back Princess accused Baba Ijesha of defiling her adopted daughter, and he was sentenced to a 16 years imprisonment.

While Sharing a video on Instagram to thank God, she wrote:

Hot Post:  2face Idibia packs up his belongings, abandons Annie and her daughters, and flees to America.

Watch him speak after this: