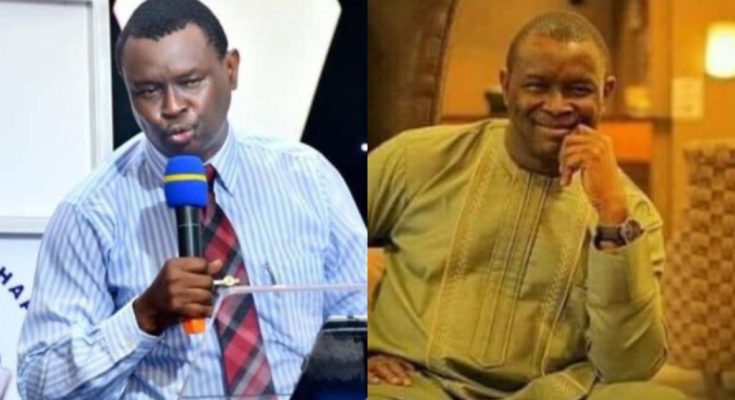 With his message to women from failed marriages, evangelist Mike Bamiloye, the founder of Mount Zion Ministries, has elicited conflicting responses.

The clergyman issued a warning on his Instagram page to individuals with broken marriages not to counsel the unmarried women.

He commanded them to cease teaching the children to disrespect the institution of marriage.

Mixed responses have been made to his message. While I was in agreement with some, he had his detractors.

Hot Post:  ‘She saw into the future’ Mike Bamiloye celebrates wife’s 58 birthday in style, narrates how she gave him money to print program posters

“If you have got a Broken Marriage, don’t ever advise the Single Ladies not to respect the Marriage institution”.

Evangelist Mike Bamiloye had said a wife trying to usurp her husband’s God-given authority wad working for the devil.

This was as he listed instances that showed a women’s disregard for the law of God concerning the institution of marriage.

According to him, a woman who lives in disregard of the law of God will not make heaven.

Bamiloye wrote, “When a woman chooses to be arrogant, proud and unsubmissive to her husband, she has broken the commandment of the Lord, which demanded from her to respect her husband and be submissive to him, as the Head, just as the Church does to Christ.

“When a woman chooses to punish a man by denying him access to her body, when the Bible says a wife should not do so in I Corinthians 7, she had broken the Commandment of the Lord and sinned against God.

“When a woman is trying to be the head of the home when God says it is the spiritual role of the man, but trying to take over the control of the home, demanding that whatever she says must be done, turning the husband to a puppet; such woman has flagrantly discarded the law of the Most High God by disrespecting and dishonoring her husband.