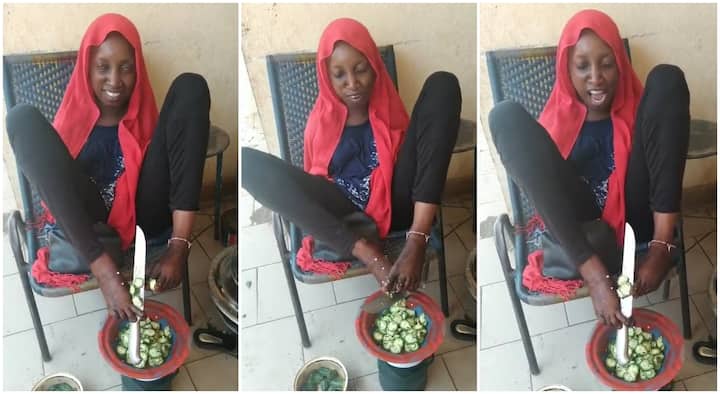 A video of a physically challenged woman cutting okra precisely while using her legs was released online.

In the November 15 TikTok video released by Diaby, the woman lifted her two legs while holding an okra and a sharp knife in each hand.

Users of TikTok who saw the video were astounded by how well she performed the kitchen routine.

The video of a young woman using her legs to cut okra has received a flurry of responses from TikTok users.

The woman in the video, which Diaby shared on November 15, is physically disabled and lacks arms.

She has refused to be a burden to anyone, even though it is unclear what happened to her arms.

In the short clip lasting about 39 seconds, she sat on a chair, lifted her legs and then used her right leg to clutch the knife and the left to hold the okra.

Anyone witnessing it would assume that she was using her hands because she executed it so well.

Her practiced legs gave the impression that she was not afraid of the knife cutting her. Other videos posted on her TikTok accounts display a strong woman who takes care of many of her own needs rather than being a burden.

She can be seen mixing what appears to be flour in one of the videos, and she can also be seen threshing groundnuts in another.

Hot Post:  Highlights from episode 3 of the BBN 'Shine Ya Eye' reunion show(Video)

TikTok users have showered her with so much praise as they rushed to her comment section to bare their minds.

@bakisama8 said: “I don’t care what people say. I will eat your food. Alhamdulillah. I wish I could marry you.” 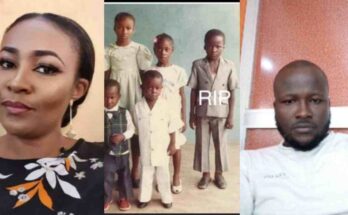 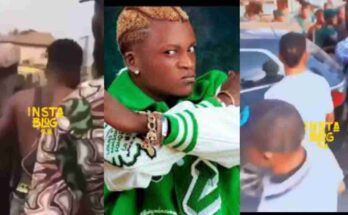