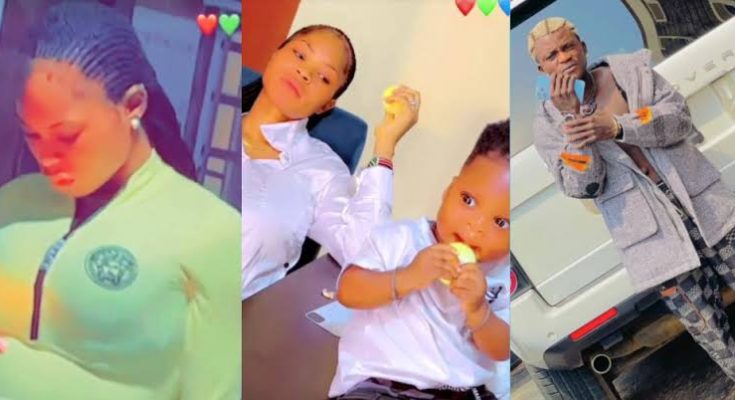 Singer Habeeb Okikiola, better known by his stage name Portable, has announced plans to marry his pregnant girlfriend Keji and has already introduced her to his divorced wife Bewaji.

According to a close source who spoke to PUNCH, since Portable invited Keji, his fourth lover, to live with his family, his wife Bewaji has been upset.

“The name of the girl is ‘Keji’, and he has been dating her for about eight months. They met between January and February at the party of a guy nicknamed, ‘Ogo Hookup’, in Agege, Lagos. He actually plans to marry her.”

The source also stated that Keji was staying with Portable’s manager, Steliza, before she moved into the singer’s home.

Hot Post:  "Any disappointment is a blessing” Portable turns preacher as he reconciles with his first manager, Kogbagidi (Video)

The source continued, “The girl is the fourth girl in his life. He also has another lady called Asabi, and she is pregnant as well.

“Bewaji got angry because she had been with Portable before he became popular.”

The singer welcomed his second child with Bewaji on June 14, 2022.

Hot Post:  “I wish I never took that talkative nuisance out of the trenches.”- Dancer Poco Lee Spills

Earlier this week, News broke that Portable is expecting his fourth child with a new baby mama.

In a new development, controversial blogger, Gistlover shared a video of the new baby mama portable is expecting his fourth child dancing and rocking her baby bump in Portable’s sitting room. According to the blogger, the singer has taken the new baby mama home to introduce her to his wife.

As it stands, the singer who was involved in a fracas at Ijegun after his Range Rover was damaged has two baby mamas, one wife, and a pregnant girlfriend.