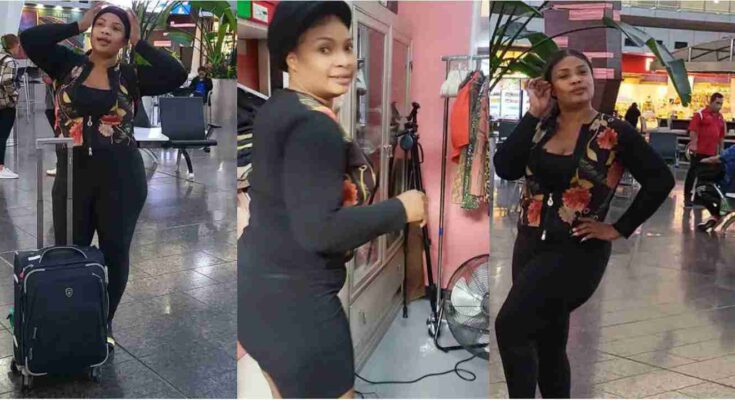 Laide Bakare, one of the most sought-after Yoruba film actresses, recently shared a lovely photo of herself shopping in America on Instagram. She enjoys going on adventures for fun, and this time she did so by going on a shopping spree. Most of her followers who saw the message were compelled to respond, and they did so by voicing their opinions in various ways.

In her most recent article, she displayed a flattering hairstyle that is straightforward yet lovely. She painted her face with flawless makeup that complemented her skin tone. She appeared in a stunning outfit that fit her well and announced that she was from America.

She said, “See how I appear like a mannequin,” as the caption for the photo. Her followers noticed this caption next to her images because they reacted fast to it.

Gossipinfo Recalled That Laide Bakare, the Asiwaju Adini of an Islamic organisation, has come under fire from internet users for releasing a video of herself stripping down during a massage segment.

Sharing the video, she wrote:

Some online users didn’t like the video and criticised her in the comments area.