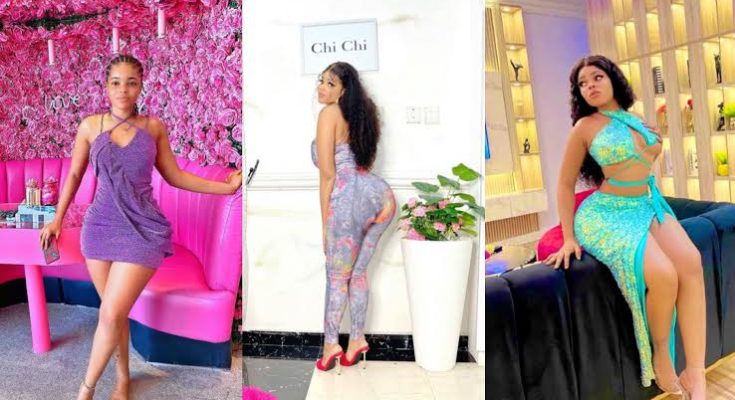 Chinenyenwa Okoebor, called Chichi, a former Big Brother Naija competitor, has criticized and enlightened her critics who are still passing judgment on her job decision.

The last season of the show, which ended a few months ago, surely had Chichi as one of the most talked-about roommates.

While in the house, Chichi, a stripper, is rumored to have offered several of her male housemates lap dances.

She did, however, express disappointment that strippers are frequently condemned and viewed as less than human beings in an interview with Saturday Beats.

Hot Post:  " I Love This Hair "- Funke Akindele Shows Off Her New Hair In Lovely Photos

She said, “I think I am the most judged stripper. When I was a stripper, (I don’t strip anymore), people often came to me for help and at the same time, they would judge me. They did not see us as human beings. Stripping is actually a profession but in my father’s land (Nigeria), it is not seen as one. It was really hard because people were so judgmental.

“Because of that, I cannot talk in public. And, that is why I am uptight; I don’t like expressing myself. Whenever I talk, people are quick to throw ‘shades’ at me, saying what do I know since I’m just a stripper. They feel we (strippers) can do anything for money.”

Hot Post:  6 Celebrities Who Acquired Houses For Their Parents After Becoming Successful In Their Careers

Chichi, who is considering a career in Nollywood, also stated that she can never act nude. She said, “No, I won’t act nude. But, for those who choose to do it, I am not a judgmental person. That is probably what they feel comfortable doing. They should do what they feel is good for them.”

She also maintained that a woman can be as successful as a man. She said, “I don’t believe that. A woman can be successful the same way a man can. There are so many wealthy men out there; should we also say those men got their money from women?”