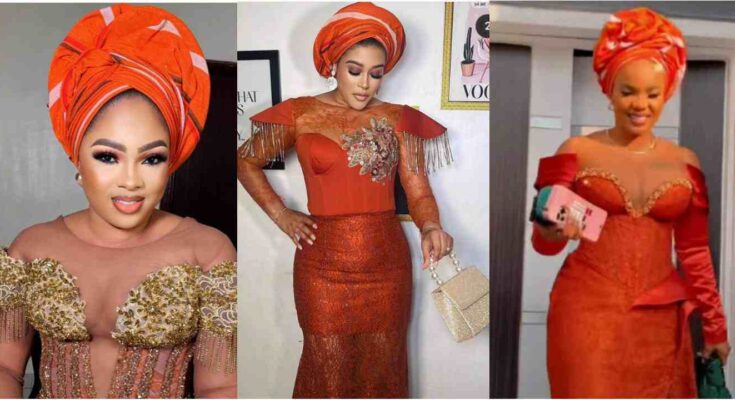 A memorial service for the late mother of legendary actress Fausat Balogun, well known as Madam Saje, was recently held in Lagos. The renowned actress hosted a sizable celebration for her friends and family in order to honor her late mother’s memory. Her colleagues in the Yoruba film business showed up in great numbers to support her, making it a packed celebrity event.

Wasiu Alabi Pasuma, a well-known musician from Fuji, serenaded the guest with his distinctive voice and music, nevertheless. Many of her female coworkers from the film industry who attended the event went above and beyond to dress beautifully in the Aso Ebi attire selected for the occasion.

Gossipinfo Recalled That Veteran actress Madam Saje has praised and prayed for MC Oluomo, the head of the management committee for the Lagos State Park and Garages.

Madam Saje posts a video of MC Oluomo performing with fuji singer Pasuma at an event and praises and prays for MC in the description.

Sharing the video, she wrote: