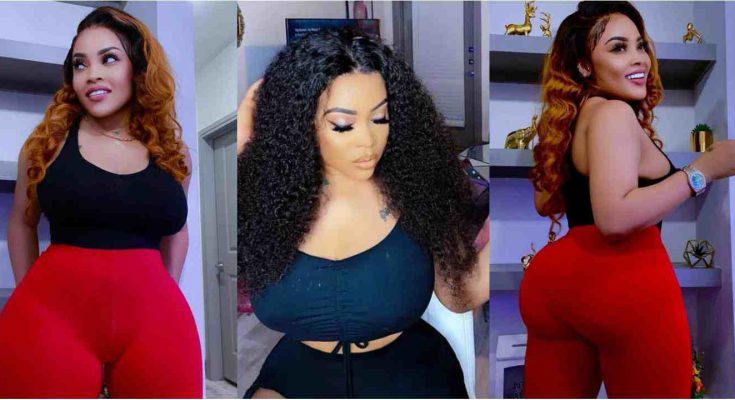 Temitope Solaja, a rising star in Nollywood, has received a lot of feedback on Instagram in response to the most recent images she just posted on the social media site. The stunning light-skinned actress posted stunning new images of herself on her official Instagram page, where she can be seen wearing a striking gown that gives her a fantastic appearance. To entice her fans with her newest fashion trend on the microblogging site, she went on to add the caption “Motivate yourself” to the picture.

Temitope Solaja’s most recent Instagram images caught the eye of her followers and friends, and many of them sent sweet comments in response to the post. Nollywood actresses Wumi Toriola and Kemi Afolabi stood out among the celebrities who commented on the photographs because they both rushed to the post’s comment section to praise the actress’ most recent appearance with kind remarks.

Hot Post:  ‘I’m supposed to do this with my daughter, but no strength,’ Actress Kemi Afolabi groans

Gossipinfo Recalled That Actress, playwright, and producer Temitope Solaja is from Nigeria. The pretty woman flaunted her exquisite appearance by sharing gorgeous images of herself with her fans. She likes to display her celebrity status on social media, and this time she was successful since she posed in spotless clothing. When her message was revealed, her followers’ joy knew no bounds, and they immediately commented.

Hot Post:  ‘I love my cake but love you more’ Actor Adeniyi Johnson showers love on his wife after getting a surprise birthday cake