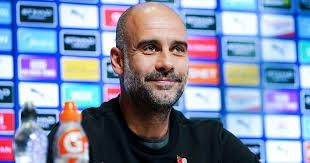 In their last game before the World Cup break, Manchester City takes on Chelsea at the Etihad Stadium in the third round of the Carabao Cup.

This week, Manchester City will host Chelsea at the Etihad as their Carabao Cup run gets underway with a challenging home test against Graham Potter’s team.

Erling Haaland’s injury-returning 95th-minute penalty helped City defeat Fulham in the Premier League on Saturday, and they are now feeling good. Joao Cancelo was dismissed by the Blues after 25 minutes against Fulham, and he will be sidelined for Chelsea’s Carabao Cup visit.

Hot Post:  EPL: 7 Liverpool players have been ruled out of the match against West Ham, and another two are questionable.

Kalvin Phillips survived recent training sessions unharmed, according to Pep Guardiola, and any appearance would be timely in advance of England’s World Cup team announcement on Thursday. While Kyle Walker has yet to report to practice, Phillips will be hoping that his return would convince Gareth Southgate to select him.

Recall that the Blues were far below average at home as they fell to London rivals Arsenal for a second straight league encounter.