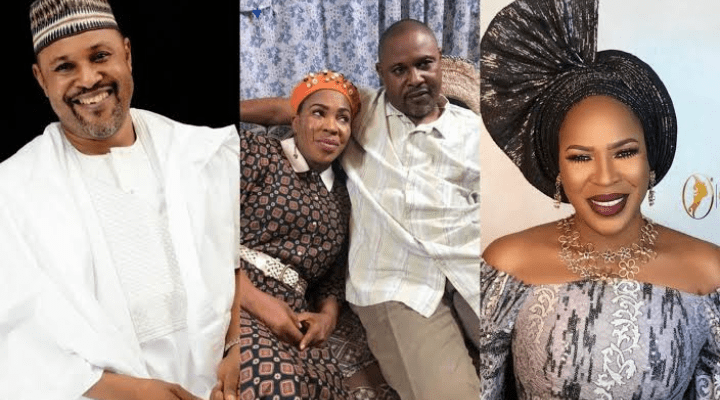 In September 2000, Saidi and Faithia were wed in Lagos.

Khalid and Aliyah Balogun, their two children from their marriage, were born.

The couple lived apart for a while before deciding to divorce on January 17, 2014.

Faithia Williams, formerly known as Faithia Balogun, reverted to her maiden name, ‘Williams,’ three years after the divorce was finalised.

Despite the divorce, they are occasionally seen together at public events

At the actress Olayinka Solomon’s 3-in-1 celebration, Fathia and Saheed Balogun appeared in a love-up video, giving their admirers some cause for optimism.

When the separated couple was spotted partying together, their supporters were ecstatic.

They simultaneously climbed the stage to pour cash on Fuji actress Malaika, and the footage has since gone viral online.