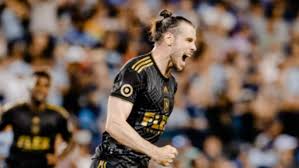 Gareth Bale, the captain of Wales at the World Cup, scored a thrilling equalizer in the 127th minute to help Los Angeles FC win the MLS Cup on penalties and add yet another trophy to his collection.

After emphatically tying the score for Los Angeles FC in the MLS Cup final in extra time, Gareth Bale erupted in celebration.

At the Banc of California Stadium, with Wales trailing Philadelphia 3-2, the captain came off the bench. When he leaped into the air to head in an equalizer in the 127th minute, the former Real Madrid sensation set off crazy scenes.

Then, a fired-up Bale ran over to the corner flag to greet his teammates and take in the applause of the cheering crowd.

After center-back Jack Elliott scored twice, Philadelphia appeared to be headed for their first-ever Major League Soccer championship when he scored. However, the Welshman’s thrilling goal sent the match into penalties, giving LAFC a chance to win.

They succeeded in doing so, with Ilie Sanchez scoring the game-winning penalty while relief goalie John McCarthy made two saves.

The Welshman enraged the local population.
Carlos Vela, the Los Blancos captain and a former Arsenal star, was substituted by manager Steve Cherundolo, who will forever be remembered as a hero. Vela had enjoyed a fantastic performance, but Bale needed to shake off some rust before he could create a magical moment.

Despite recently dealing with injuries, Bale made an impact during the game and ultimately led his team to victory. His trophy cabinet now includes three La Liga championships, five Champions League winners medals, and his first prize since arriving in America.

When his team plays the USA in their World Cup opener in Qatar later this month, Wales supporters will be hoping he can recreate similar performances. With Iran and England making up the rest of Group B, Bale will be looking to build off the success of Euro 2016.