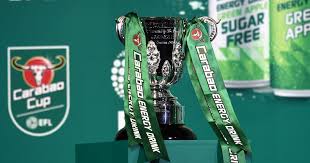 In the Carabao Cup’s round of 16, Southampton will play League One team Lincoln City, while Premier League powerhouses Manchester City and Liverpool will square off.

In the fourth round of the Carabao Cup, Southampton will host League One team Lincoln City.

In the round of 16, Saints were once more given a home matchup, and Nathan Jones’ inaugural Southampton game will be against Lincoln City.

Following defeating Cambridge United away from home in the second round and then defeating Sheffield Wednesday at St. Mary’s on Wednesday after a 1-1 draw, the Imps will be Southampton’s third League One opponent this season.

The most notable matchup was between Premier League powerhouses Manchester City and Liverpool, with Pep Guardiola’s team matched up against the current champions.

In other matches, Newcastle United and Bournemouth played each other in the Premier League, and Manchester United will welcome Burnley at Old Trafford.

The complete Carabao Cup fourth round draw is shown below:

Hot Post:  Tottenham 1-2 Liverpool: Spurs was a penalty against Liverpool after Trent shoved Sessegnon in the penalty area.