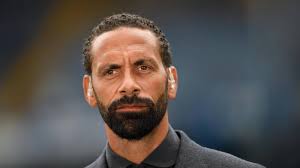 With a convincing victory over Chelsea, Arsenal maintained their stellar season-long performance. At the home of a top-four challenger, Mikel Arteta’s team delivered a statement victory.

Even though the final score didn’t accurately reflect what happened, Arsenal was at ease and had no trouble winning at Stamford Bridge on Sunday.

Pundit’s remarks
Rio Ferdinand, refusing to be overconfident, maintains that Arsenal’s victory over a patched-together Chelsea team was simply chance.

Ferdinand also thinks that Arsenal’s title speculation might be premature.

It demonstrates the coaching and effort put forward by the manager. There are six players that more or less start for Chelsea in that team, although they are missing Reece James, Ben Chillwell, Kalidou Koulibaly, Wesley Fofana, and Ngolo Kante.

“I was blown away by how well Arsenal played, but let’s do a reality check. Even if Chelsea’s first team wasn’t playing, Arsenal is now a competitive team.

Gabriel Magalhaes’ second-half goal gave Arsenal the victory in west London, but Ferdinand was more impressed by the work of Gabriel Jesus and William Saliba.

“Gabriel Jesus or Saliba is (Arsenal’s) most vital player. If those guys leave the squad, there will be a significant drop-off in performance.

You could replace Thomas Partey with Granit Xhaka and win a few games, but you wouldn’t get the same results from someone who replaced Jesus or Saliba.

For Arsenal this season, Gabriel Jesus and Saliba have been key. Jesus joined from Manchester City in the summer and has contributed six assists in addition to five goals to the Premier League.

Saliba, on the other hand, was crowned the best player on the field on Sunday after winning the man-of-the-match title on his debut versus Palace.

For Arsenal to succeed this season, they both must work really hard. The discussion about the title could, however, be premature. After the World Cup break, all eyes will be on the Arsenal.