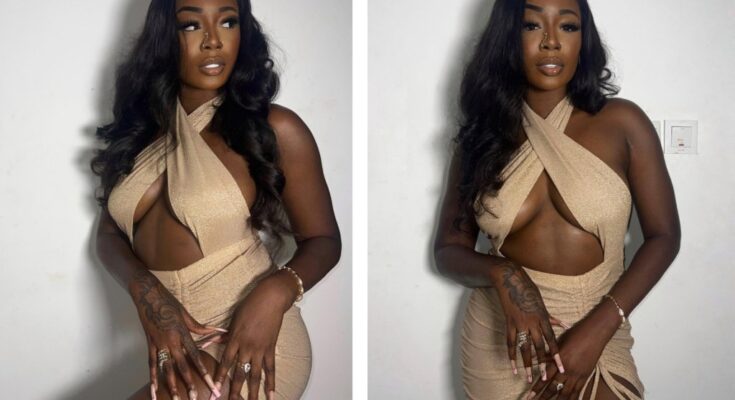 Tolani Baj is a sight to behold because she is a typical example of beauty, not just beauty with brown skin. In a recent post, the former BB reality star shared photos of herself looking gorgeous and alluring, and her followers couldn’t get enough of her because she was such a sight to behold. Many of her followers even praised her for appearing to be as sweet as chocolate.

Gossipinfo news recently recall Amaka and Deji, two of the evicted bbnaija level up housemates, discussed their thoughts on the relationship between Sheggz and Bella in a recent interview on Glitch Africa Studio.

People can lie, according to Amaka, therefore it can be challenging to determine whether Sheggz and Bella are faking it for the show’s audience. Deji added that Sheggz appears to be a playboy, making it suspicious for him to be all over Bella in a reality show. He believes they are not being sincere.

Hot Post:  "Men and women were created equal, no one is superior while the other is inferior’ – Hilda Dokubo

Some days ago, Amaka Mbah reacted after Phyna told some of their fellow housemates that Amaka wanted to date Groovy and Giddyfia at the same time. However, things between her and Giddyfia went sour, and also Groovy preferred her to Amaka.

Reacting to this, Amaka tweeted:

@real_amaka_mbah you like to act innocent when you threw Level 2 mates under the bus long ago. Besides the man thing, uve been sucking up 2 level 1. Even after the merge you went on a tour about Diana, don’t act like a victim or good friend.

You deserve an emotionally intelligent friend. My advice u better run from this one.

See how she’s throwing you under the bus

What Phyna said behind you,she will say it to your face,she doesn’t have time to beat around the bush,she will drag herself when she is wrong,and everything she is saying we watched it happen,no capping!