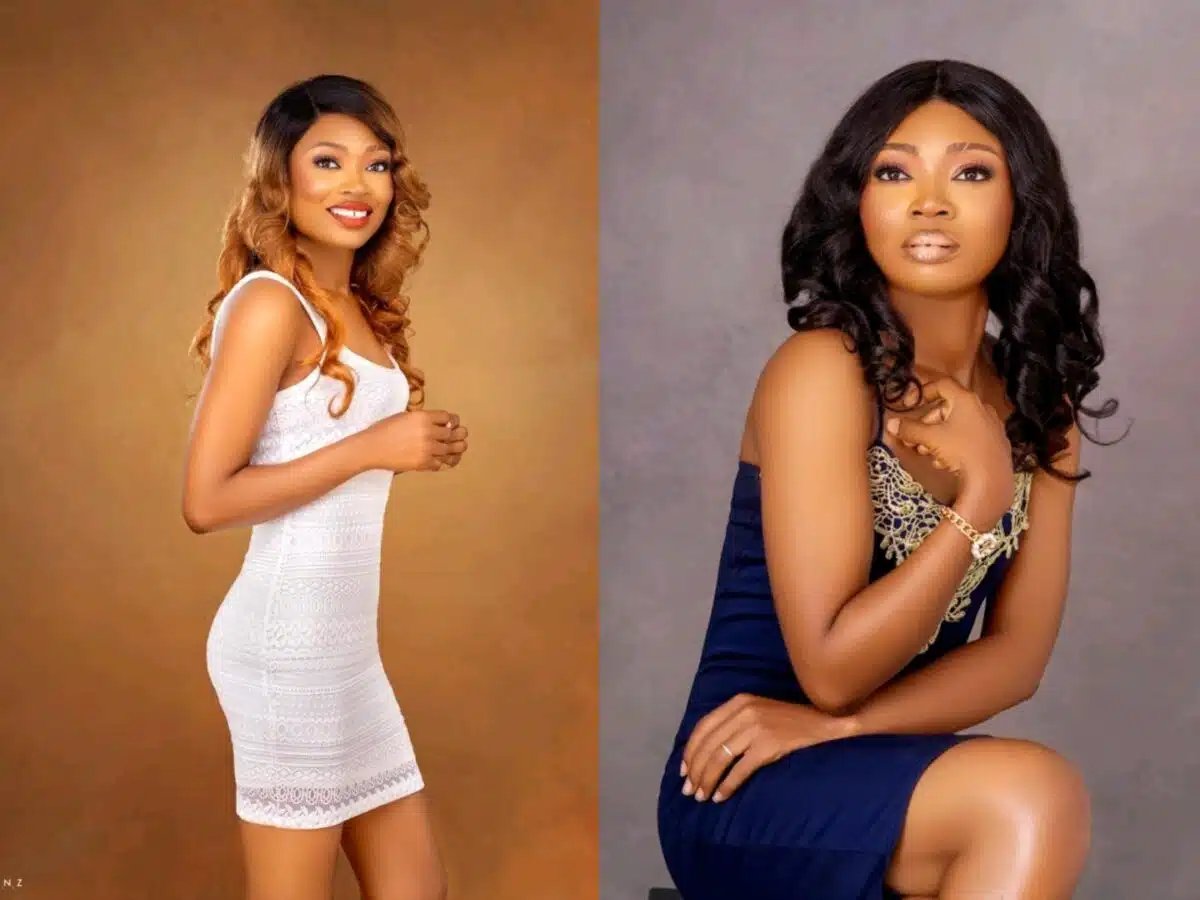 Annjay Chioma, a model and musician, has reacted to the frequency of celebrity divorces, particularly in Nigeria.

In a recent interview, the little but attractive performer discussed the husband-snatching hoopla that is popular in the entertainment field.

Annjay Chioma stated, “I do hear that all female celebrities are wayward, but it’s a bit far from the truth.

She added, “Everybody can’t be same. Why always female? Who tells the public it’s only women that are wayward? Let’s balance this up by adding males too. Again, I don’t know why some celebrities are always flaunting their relationship on social media. It is a no-no for me. You kiss, you post; you take bath together, you post. Ah! Why? Then you should show the world your intimate part too to complete it. I will show the man in my life to the public at the right time, and it’s not going to be every time. We both don’t like flaunting our relationship online because it kills the more. Being private and hiding are not the same. Too much exposure on social media brings nothing to a relationship but pains.”

Annjay Chioma also took a swipe at her colleagues who hold grudges against each other despite being in the same entertainment industry.

She agreed to the general belief that there is so much enmity in the industry.

Hear her: “It is true, Simi even said same thing a few days ago, there’s so much hatred in this industry. But is there anywhere in the world that people don’t have enemies? Even in families, enemies are there. Among friends there are enemies. It’s not just in the entertainment industry; enemies are everywhere, but we should learn to love ourselves. People are dying silently everyday.”