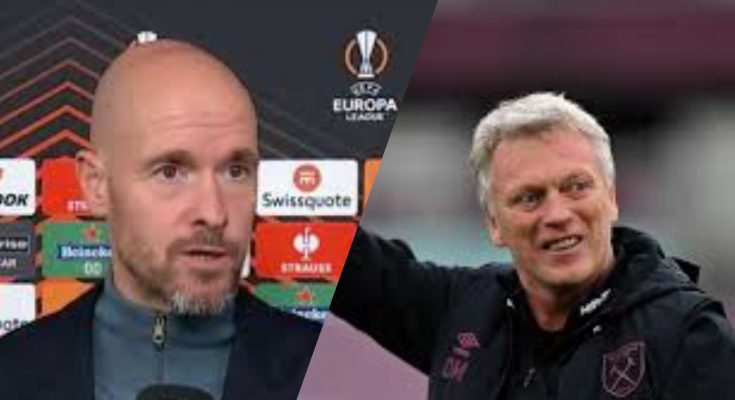 After the Manchester United team allowed two goals to be scored against Aston Villa in the first 11 minutes of Sunday’s Premier League match, supporters of the Red Devils criticized Erik ten Hag.

Erik ten Hag’s tenure as United’s manager was rocky from the start thanks to consecutive losses to Brentford and Brighton. However, the former Ajax manager has guided the Red Devils to a turnaround in form—up until the first few minutes against Villa.

With a seven-minute deficit against Unai Emery’s team, United got off to the worst conceivable start. The visitors gave Jamaican international Leon Bailey space and time in the area, and Bailey deservedly beat David De Gea with his shot.

A few minutes later, former Everton defender Lucas Digne scored goal number two with a beautiful free kick that he curled over the United wall and into the goal.

United supporters howled about it on social media, with one even calling for Moyes to take the reins as manager. Bring back David Moyes, the message said.

Some people simply attacked Ten Hag. Una said: “It’s all hoof and poof in ten hog ball. While we are on break, please fire him.” We’ve had far too many of these hammerings against minor teams, and Ten Hag is to blame for the bad roster selection, said another.

“Ten Hag ball nothing short of embarrassing yet he won’t switch it up because he’s an ignorant manager,” a third user chimed in.

Even though United had a terrible start, Luke Shaw’s goal right before halftime gave the Red Devils hope. The England international cut the deficit in half, to 2-1, with a deflected half-volley.

Prior to the game, Ten Hag received criticism for electing Cristiano Ronaldo as captain. “We have more leaders, Harry is on the bench, Bruno is suspended, you select the player that has the leadership,” he stated when asked about his choice.

“The goaltender is frequently out of the action, especially when we want to play in the other team’s half. Casemiro is still working on his English, and Cristiano has been playing really well over the past two games. I hope he continues in this direction.

He is a vital member of the squad, we are pleased with him, and now he needs to take on even more of the leadership position. As captain and leader, he must set an example, and that is what I want from him.