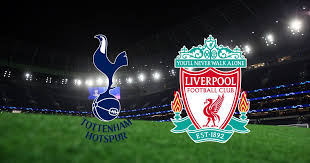 Tottenham news: Conte has access to all players as he gears up for the top-four matchup against Liverpool.

Tottenham has had a good week, and they can keep it up against Liverpool. Jurgen Klopp’s team is already 10 points behind Antonio Conte’s team, but they have one more game under their belt and are currently third in the standings.

Spurs have had a strong start to the season despite tough first halves against Bournemouth and Marseille and comebacks in the second halves, but Conte has struggled with selection because of injuries to important players.

With only four league victories this season, Liverpool is also having a difficult time, so a victory for Tottenham might be just what north London fans need to get excited again before the upcoming winter World Cup.

After scoring their last nine goals in the second half, seven of which came from set pieces, Conte’s style of play has come under scrutiny, but for the time being the Italian is achieving the desired results. Beating Klopp would help to calm the naysayers.

However, he will have to accomplish it without a few important players. Here, Gossipinfo lists all players who are available.