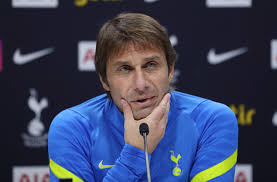 With his contract set to expire at the end of the current campaign, Antonio Conte has been vocal about his future as Tottenham prepares to host Leeds United on Saturday.

After a difficult stretch of play for his team, Tottenham manager Antonio Conte says he and the club will work out “the best solution” for his future. The Italian’s contract is set to expire at the end of the current campaign.

Conte, who has been in north London for a little over a year, was questioned about his future during a press conference because his contract only lasts through the end of the current campaign.

Conte told reporters, “You know very well that my contract expires in June. “The club must do the best evaluation up until that point.

Hot Post:  Antonio Conte the manager of Tottenham breaks down in tears about the way UEFA treated him.

“I believe that everything you need to deserve, and it will be crucial to see how the season plays out and whether we are satisfied with the progress we are making. I believe that every circumstance should be given due consideration.

“From my perspective, it’s crucial to believe that I merit a new contract and sign one with this club. I must experience this. We will take with the club and identify the best solution.

But you know, I think the dream when you start a path with a club is to stay here for many years and try to build something significant. I think it’s very important the relationship you create with the players, the club, and the environment around you.

During the break in Premier League play, Conte said he will meet with club chairman Daniel Levy and sports director Fabio Paratici to evaluate how the first half of the season has gone and to determine how he and his team can improve when the action resumes following the World Cup.

He said, “Up until today, we haven’t communicated. “After the first half of the season, it’s appropriate to convene a meeting to go over the good and bad points as well as areas where we can make improvements.

“We will definitely have a conversation and a thorough assessment of where we stand in the first half of the season. I’ve noticed a lot of good things, but since we’ve played so many games and because of injuries, we’ve had a hard time. In the future, we need to get better.”