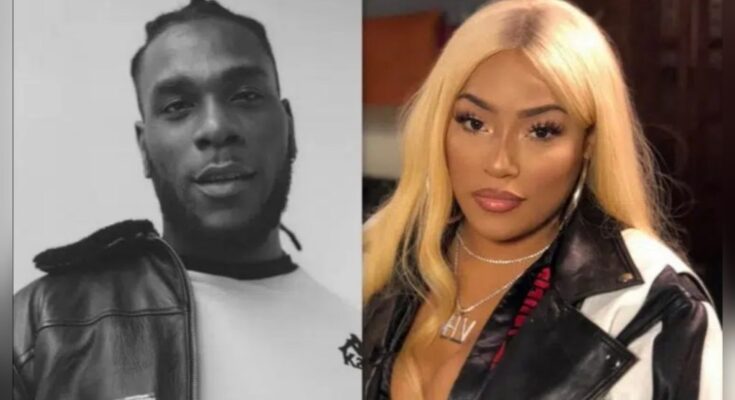 Stefflon Don, a British rapper who goes by the stage name Stephanie Victoria Allen, has vowed never to date a musician again.

After dating for two and a half years, Stefflon Don and her ex-boyfriend Beau Burna Boy broke up in 2021 due to irreconcilable issues.

On the New York-based radio station Hot 97, media personality TT Torrez questioned Stefflon if “she would want to date and industry guy or someone different.”

Hot Post:  Burna Boy Was Even Laughing When The Shooting Was Happening – Brother Of Victim Laments

Torrez, the singer of “Hurtin’ Me” responded in the negative, saying, “Certainly not musically. I’m fine with that.

In late 2020, BurnaBoy and Stefflon Don’s romance hit a rough patch after he was charged with infidelity.

He was accused of cheating on the British rapper with a lady, Jo Pearl.⁣

Jo Pearl alleged that she dated the Afrobeats Star for two years.⁣

“Two years is such a long time for a person to be hidden,” she said in the video on Instagram.⁣

“It has affected me in so many ways, and I can’t hold it anymore to protect people that wouldn’t protect me.”⁣

According to her, it was BurnaBoy who sent her a message on Instagram about two years ago. It took her two weeks to reply because she was reluctant at first before her friends persuaded her.⁣

Hot Post:  Why Having No Child at 31 Feels Both Good and Bad at The Same Time – Burna Boy

She did it unwillingly, and they started talking. BurnaBoy invited her for his pop-up show in the United Kingdom, which was the first time they met.⁣

While reacting to Steflon Don’s recent outburst, BurnaBoy’s Nigerian fans urged her to move on with he life and let the music star be.