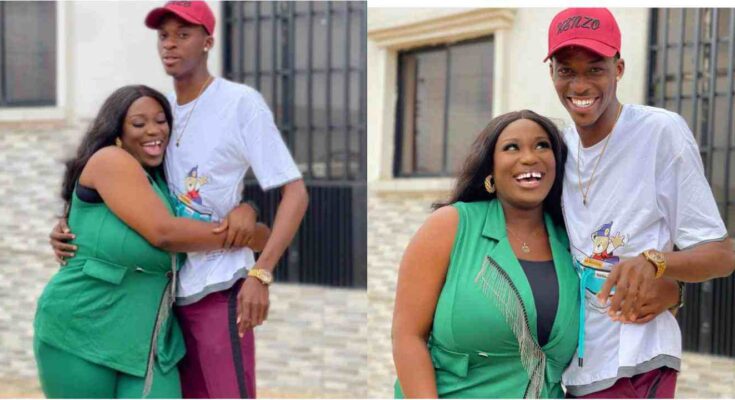 Damilola Oni, a well-known Yoruba film actress, recently sent a message on Instagram encouraging her followers to accept people for who they are rather than what they could be in order to avoid disappointment. After making her announcement, she posted romantic images of herself with actress Oyinlola Opeyemi. Many of her followers who read the message were compelled to respond, and they did so by expressing their feelings on it in a variety of ways.

She wore a great up-and-down attire that suited her well in her most recent post. She arrived with a lovely hairstyle that accentuated her beauty. She applied flawless makeup that complemented her skin tone. They gave each other a warm hug, and she smiled and appeared happy.

“To avoid disappointment, take people as they are, not what they could be,” she said in the description of her Instagram image. Her followers were drawn to this description and the images because of how they made them feel.

Hot Post:  “The Way You Are Shaking this Big Water Melons,Hope They Will Fall Down Like this” – Fans React to Viral Video of Actress Damilola Oni Shaking Her Endowed Body

The two of them first cross paths on a film set where they will both appear in the same film and play lovers.