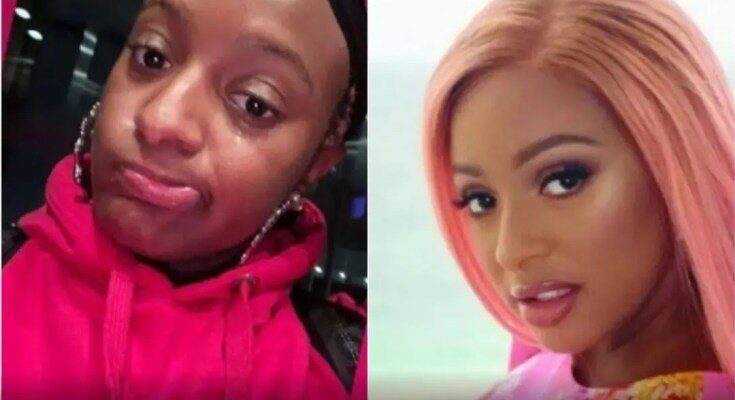 A admirer asked the billionaire Otedola’s daughter out after she posted a photo of herself driving around in her Ferrari 296 GTB.

The DJ was proposed to by the fan, named as Vikto Riusman.

Begging her, he wrote, “Marry me please”.

Surprisingly, DJ who has been lamenting about her single status turned down his proposal.

Hot Post:  “The life of most people in this country is hard” DJ Cuppy’s heart bleeds for Nigerians

She commented, “No thank you”.

Days prior, DJ Cuppy disclosed her difficulties with men despite having a good appearance.

The performer bemoaned how, despite looking fantastic, she had to wait a long time for guys to respond back on her Instagram story.

Cuppy uploaded a picture of herself along with the message. I look this amazing but still have to wait for dumb males to text back for ages, she wrote.

Following the post, internet users consoled DJ Cuppy with supportive remarks and urged her to open up to interested individuals even if they weren’t the right ones.

In a separate interview, DJ Cuppy stated that most Nigerian guys are attracted to her because of her father.

She claims that they really want her father and not herself.

Hot Post:  “Get a man to impregnate you instead of calling your pet dogs your kids” – Man tells DJ Cuppy, she reacts

Cuppy disclosed that she dated a guy who was always querying her about meeting the billionaire businessman.

“So many guys don’t want me, they want my dad. I dated a guy and he was like ‘when is he going to meet my dad’”.