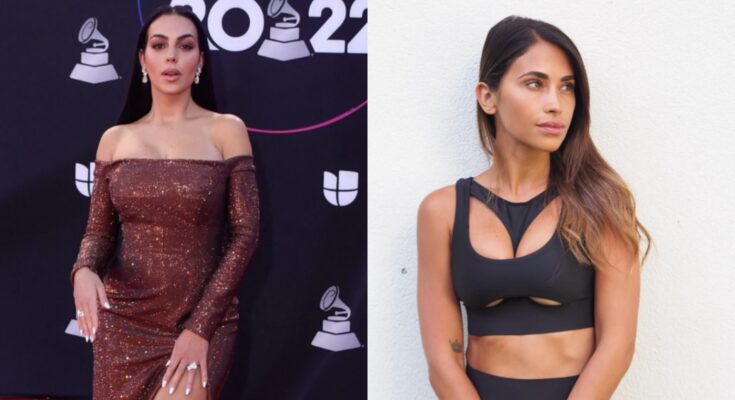 Despite the rivalry between the footballers, Cristiano Ronaldo has disclosed that his girlfriend Georgina Rodriguez and Lionel Messi’s wife Antonela Roccuzzo respect one another.

During his explosive TalkTV interview with SunSport columnist Piers Morgan, the football icon talked about a variety of subjects, including his friendship with Messi.

Fans continue to argue over who is the true GOAT between Messi and Ronaldo, two players who are widely recognized as two of the best to ever play the game.

When they represented Barcelona and Real Madrid, the pair frequently faced off against one another, but their respective LaLiga exits have put an end to that pattern.

Despite having played against the PSG star for nearly 20 years, Ronaldo said they have a “great relationship.”

Hot Post:  Kylian Mbappe is no longer the most expensive football player in the world - Report

He stated: “Imagine that we had shared the stage for 16 years as a group. We exchange.

“I therefore get along well with him.

“I’m not his friend in the traditional sense; by friend, I mean the person who spoke on the phone with you when you were in his company. Instead, we are more like teammates.

“I have a lot of respect for him because of the way he usually talks about me.

Hot Post:  EPL: Tyrone Mings and Cristiano Ronaldo had to be separated after a fight in the middle of the game

“What will I say regarding Messi? a great guy who contributes greatly to football.”

Ronaldo continued by saying that his wife Georgina and Messi’s partner Antonela, both of whom are from Argentina, get along well.

“Even his wife or mine, my girlfriend, they always respect and they’re from Argentina,” the man continued.

Argentina is where my girlfriend is from. Very good.