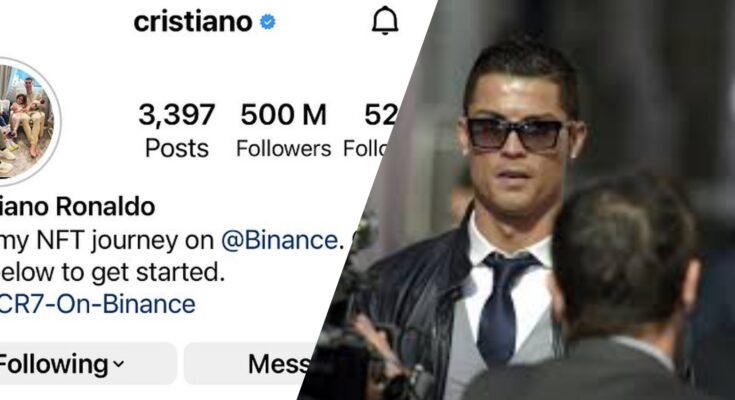 He received harsh criticism for his interview, yet he still managed to garner more followers, eventually reaching 500 million.

Hot Post:  Cristiano Ronaldo was advised to "retire like Pique and respect his legacy" following the terrible display

Messi, a longtime foe, continues to have 376 million followers, placing him second in the world.

The two famous football players are the only athletes in the top 10 Instagram users in terms of followers.

Hot Post:  Cristiano Ronaldo back to Training in Carrington - Report

Selena Gomez and Dwayne “The Rock” Johnson are closely behind Kylie Jenner in third place.

Although neither is ranked in the top 10, Neymar and Lebron James are two of the best athletes besides Ronaldo and Messi.

Despite recent criticism this season, Ronaldo’s Instagram following demonstrates just how adored he is.

However, the former Real Madrid star won’t worry about his fan base and is currently entirely focused on the 2022 World Cup in Qatar. He is anticipated to play for Portugal against Ghana in their World Cup opener on Thursday.

The World Cup is the only significant trophy missing from the five-time Ballon d’Or winner’s stunning collection of awards.

After winning the 2016 European Championships, this is probably his final opportunity to win the competition.

At the World Cup in Qatar, Portugal will compete against Ghana, Uruguay, and South Korea in Group H.