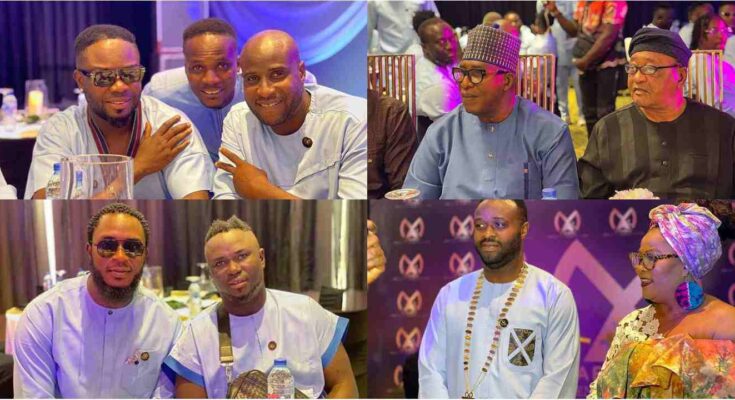 Femi Adebayo was crowned during their Inauguration programme on Tuesday at Radisson blu Ikeja in Lagos State by renowned actor Tunde Kilani and Sola Sobowale. Femi Adebayo was chosen a few months ago.

He posted the wonderful news on Instagram and said the following:

OFFICIALLY INAUGURATED! ..and I was decorated as the MAYOR of AFRIMEK and received the staff of office! By @tkelani @solasobowale

Recalled That Popular actor and director Femi Adebayo has used his official social media account to post adorable pictures of himself and other top Nollywood stars as they compete in a friendly game at the National Stadium in Surulere, Lagos.

Hot Post:  Actress Funke Akindele breaks down in tears as she praises Actress Eniola Badmus for everything.

the football field, they enjoyed themselves while making priceless memories. They act as an association in the Yoruba film industry, among other things.

Hot Post:  "Our Housewives Is The Backbone Of Everything" Ibrahim Yekini Says As he share Love up picture With Actress Mercy Aigbe(Photos)

See photos and the video below: