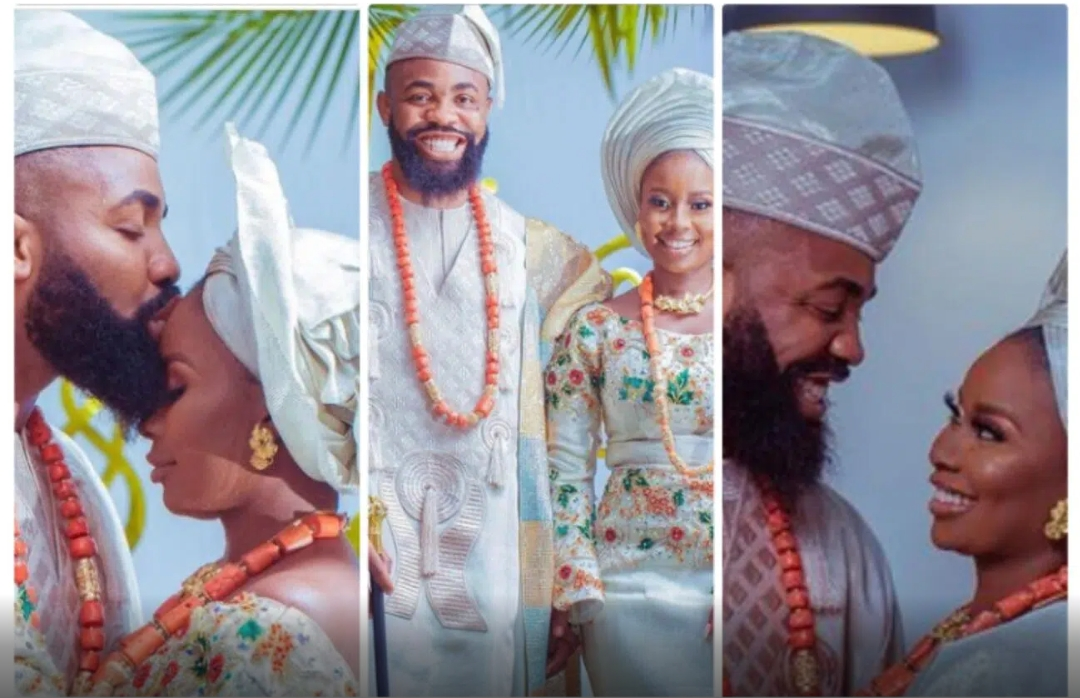 Woli Arole, a comedian and actor, has written a romantic anniversary letter to his wife, Yemisi Arole, on their first wedding anniversary.

The couple, who married in a court and traditional wedding in Lagos on April 9, 2021, are celebrating their one-year anniversary.

Woli characterized the past year as a “Year of Bliss” as she shared beautiful images from their traditional wedding.

He wrote, “It’s been One Year of bliss my LOVE Cheers to many more years in LOVE. @yemiielondon Happy TRADIVERSARY to us….”.

His wife on her part wrote, “TRADIVERSARY Thank you so much! Lord Jesus. Thank you for your faithfulness. You have done so much more than we can ask or imagine within this one year of marriage. Lord you watched, sustained, uphold, provided, strengthened, shielded us…. There’s so much more but words alone is not enough and our human minds can’t phantom it. Father we give you ALL the glory”.

Hot Post:  Playing pranks made me wet my bed till SS3 –Asiri Comedy