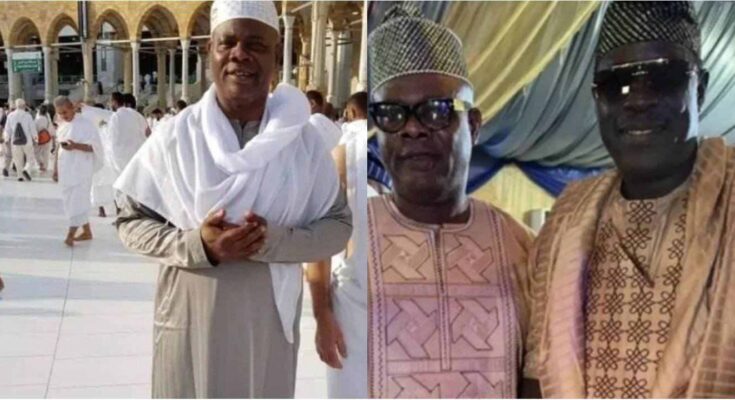 Yinka Quadri, a well-known veteran Yoruba movie actor, just shared a photo on his verified Instagram account showing him and his coworker Ogogo Taiwo Hassan during Abbey Lanre’s 60th birthday celebration. His friends and followers have been responding to his post.

A good buddy is like a four-leaf clover, which is rare to discover but lucky to possess, the seasoned actor declared. Additionally, he stated that Ogogo Taiwo Hassan, a personal friend of his for the last 30 years, could do anything for him.

He shared his photo online, which sparked a lot of comments from social media users. When they saw the picture online, many of his followers reacted quickly, rushing to the comment section to express their reactions from various angles.

Hot Post:  'From your 1st generation to 7th, You will all die’, Media Personality Laura Ikeji blast Nigerian politicians as more Nigerian professionals flee the country

Yinka Quadri, a Yoruba-Nollywood actor, released pictures of his daughter after she finished her NYSC service and gave birth to a child last year.

The phrases used by veteran Yinka Quadri in his caption;