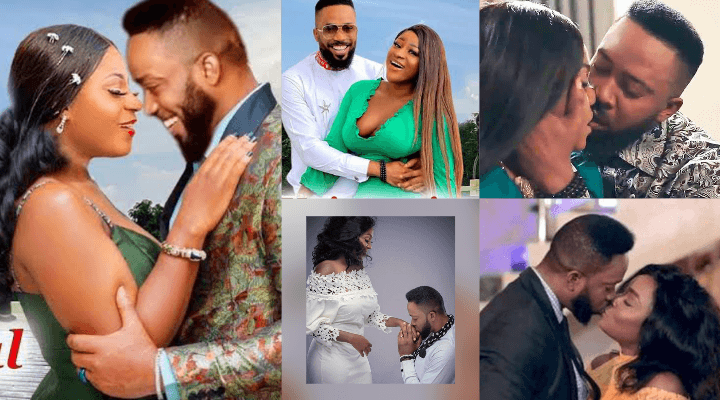 Popular Nollywood actor Frederick Leonard is extremely attractive, and many women, including his coworkers and fans, have been pleading for him ever since he proposed to Peggy Ovire in October.

We’ll be hearing some of the names of women in this piece who, according to hearsay, once shared a connection with Frederick Leonard.

The rumors of Frederick Leonard dating Uju Okoli were raised to alarm a few months ago when he took to his verified Instagram handle to refer to Uju Okoli as the bone of his bone.

From the look of things, they haven’t been any proof that Frederick Leonard and Chioma have anything in common, but some years back, social media users raised speculation due to their closeness.

Destiny Etiko and Frederick Leonard haven’t had any serious relationship saga on social media, but most fans were disturbed due to their closeness to each other a while ago but they haven’t been any proof that they dated.