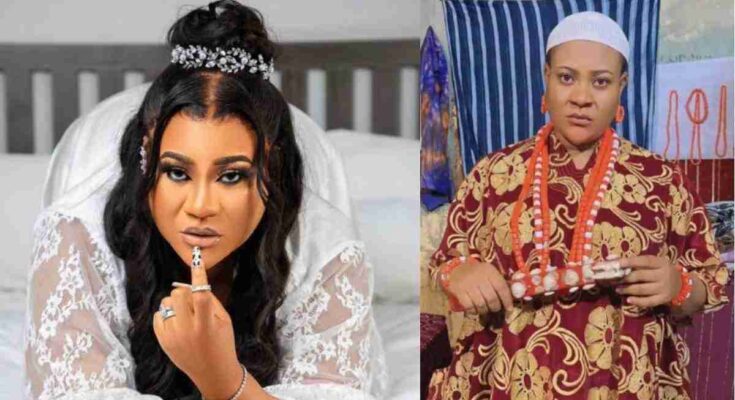 Nkechi Blessing Sunday, an actress from Nollywood, has shared her goals for 2023.

Nkechi Blessing, who has drawn controversy ever since she rose to fame, declared on her Instagram page that in 2023, everyone will be forced to pay attention to her talent.

Following a string of drama in which she became involved, which frequently led to people discrediting her as an actor, she received the actress affirmation.

Hot Post:  You Didn’t Give Me A Dime, I begged from friends and toasters to Build My Mama House’ Actress Nkechi Blessing Shed Tears As She drops another bombshell about her Ex Husband Falegan (Video)

She wrote: 2023 a year where you all must focus on my TALENT by force.

Nkechi Blessing questioned in her post why people frequently disregard her employment and always designate her as controversial.

“I don’t understand, Una don forget my job? Or na only controversial nkechi blessing sunday una sabi? I dropped an obvious Monologue using a name Femi and some illiterate wey Dey be first to abuse person be dropping trash. under my monologue..this is my Page and am going to showcase my Talent how ever I like..pls take your negative vibes else where I do not want it here…Tainks”, she captioned her post.

Hot Post:  Today's Rain Had Me In It-Nkechi Blessing Says As She Flaunts Her Curvy Backside In New Photo