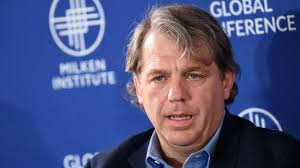 Paul Barber claims that Brighton & Hove Albion could not have predicted that Chelsea, in particular, would fire their manager and replace him with Graham Potter.

When the Blues fired Thomas Tuchel in October, they moved quickly to replace him with Potter, appointing him as the German’s replacement the following day.

When Blues owner Todd Boehly called Seagulls CEO Barber in the early hours of the morning to begin the process of bringing Potter to Stamford Bridge, he stated he was probably the first person outside of Chelsea to learn about Tuchel’s dismissal.

He said on the Albion Roar podcast, “I think they had done their homework.” “If we reflect on the summer and constantly consider what might occur during the upcoming season, I believe we likely believed that the majority of the top six clubs were reasonably set with their head coaches and managers for the season.

“In general, we believed that there would be some consistency if you look at Liverpool with [Jurgen] Klopp, Man City with [Pep] Guardiola, Arsenal with [Mikel] Arteta, Tottenham with [Antonio] Conte, and Chelsea with Tuchel.

Graham Potter won’t depart for any other team if any of those six were to enter the league, despite the fact that [Erik] Ten Hag was a newcomer to Manchester United.

He went on: “Of course, we didn’t anticipate Thomas Tuchel’s rejection by Chelsea’s new owners and the subsequent void that resulted.

“Todd Boehly called me and asked about Graham right away after that incident, which was literally minutes after Tuchel was informed. I suppose I was probably the first person outside of Chelsea to learn that Tuchel had been fired, and I knew about it well before it became widely known.

Graham Potter, the manager of Chelsea, played for Brighton & Hove Albion.
“When you see the name appear on the phone in that circumstance, you may think, “This isn’t a good call to get early in the morning,” and it certainly wasn’t the alarm call I was anticipating. It is also early in the morning.

Hot Post:  Pogba is questionable for France's World Cup team due to a recent injury setback at Juventus

Barber claimed that aside from the major Premier League clubs, the only other managerial opening that he believed could have persuaded Potter to leave the Amex was the England position.

The only other feasible departure location, he continued, “would have been England.” “That wasn’t likely to occur until at least January, and depending on how Gareth Southgate’s World Cup goes, he will either leave if he wins the tournament or stay if he has a bad tournament, in the cynical opinion of someone who once worked for the FA.

Actually, there’s a good probability that a managerial position will become available in the New Year; that’s just my pessimistic side talking. I truly believe that Gareth will complete his deal. In either case, you need to consider all options.