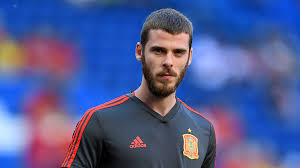 De Gea hasn’t played in a game for Spain since 2020, and he wasn’t chosen for the national team to travel to Qatar for the FIFA World Cup.

The exclusion of David de Gea from Luis Enrique’s 26-man roster for the World Cup in Qatar has incensed Manchester United supporters.

Since a 1-0 loss to Ukraine in the Nations League in 2020, De Gea has not played for the Spanish national team. Since that time, the United goalkeeper spent the full 2021 season on the sidelines.

However, when the Spaniards prepared for the World Cup in Qatar this year, De Gea’s reputation suffered a further decline, as he was unable to crack the national team lineup at any point. The long-term starter for United has had a difficult time on the field as the Reds have struggled.

But he was one of the select few athletes to emerge from the previous campaign with accolades for his efforts. De Gea initially struggled under Erik ten Hag, but he has since rebounded with some standout performances, including most recently against Real Sociedad and West Ham.

Instead, Enrique chose Unai Simon of Athletic Bilbao, David Raya of Brentford, and Robert Sanchez of Brighton & Hove Albion above De Gea’s efforts. Although it should come as no surprise that the 32-year-old was not chosen given that the Spain coach had no intentions for him, United supporters have nonetheless expressed their displeasure with the selection.