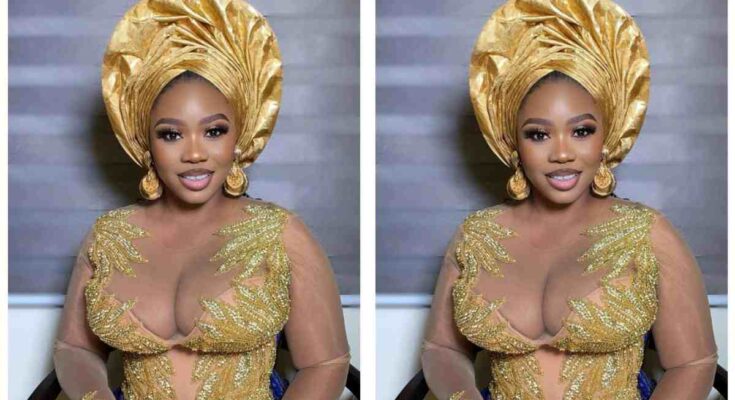 Wumi Toriola, a well-known Yoruba film actress, flaunted her beauty in a recent Instagram photo for her followers. She is someone who enjoys showcasing her attractiveness on social media, and when she showed up in a chic attire, she did so once more. Her followers responded quickly to her latest post by voicing their opinions in a variety of ways on her page.

Hot Post:  “The only thing that can break me is if my mum dies” Mercy Aigbe, Wumi Toriola, others worry for Nkechi Blessing

She put on well-done cosmetics that complemented the hue of her complexion for her new job. She arrived wearing a stylish gown and a headtie that suits her. As she sat down to take the photo, she smiled and appeared animated.

The actress showed her good taste for fashion in her new post with her lovely dressing combinations. She has established herself as one of the most sought-after Yoruba movie actresses, thanks to her talent and versatility in movies, which have helped her achieve more fame in recent times.

Hot Post:  "The Lord is Your Strength" Toyin Abraham, Bimbo Success, others rain prayers on Wumi Toriola as she recovers from undisclosed illness

Judging by the comments and reactions on her new post, it is clear that her fans are impressed with her outfit as they reacted positively to her new post.