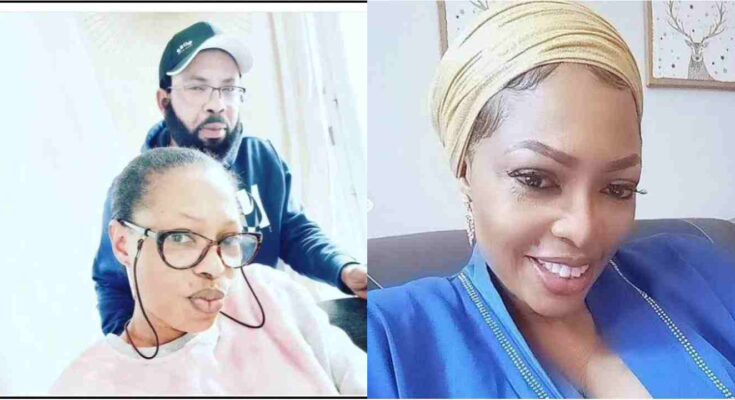 Earlier today, Folashade Omoniyi, also known as “lepashandy,” a well-known Yoruba movie actress, received congratulations from coworkers and a large number of social media users after she posted images of herself and her husband on Instagram to celebrate their wedding anniversary.

Lepashandy is a seasoned Yoruba film actress and one of the first performers to break into the business. The mother of two celebrates her own wedding anniversary and asks God to grant her marriage eternal bliss.

Her choice to post about her wedding anniversary on her Instagram page resulted in a deluge of congratulations. Sola Shobowale, Bimbo Akinsanya, and other members of the Yoruba film community who spotted the post online joined her colleagues in congratulating the couples and wishing them a happy wedding anniversary in the comment area of her post.

Bimpe Oyebade expressed gratitude to the State Government and the first lady of the state for presenting her with the coveted award by posting images of the ceremony on her Instagram page.

Bimpe Oyebade was one of twenty-five individuals honored with the Ekiti Youth Outstanding Personality Award.